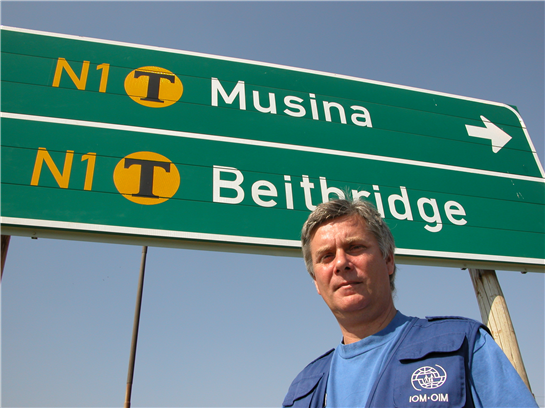 MUSINA: The International Cross-Border Traders Association on Tuesday called on the South African Development Community (SADC) and the international community to save dying businesses in Musina.
The association said the Zimbabwean government’s ban on imports last month was slowly poisoning their businesses and their clients were suffering prejudice.
Traders in Musina, near the border  with Zimbabwe, said their major clients were being restricted from importing basic food from South Africa.
The import restrictions sparked protests and the closure of the Beitbridge port of entry on Friday.
According to reports in Zimbabwe, authorities wanted to stop businesses using people who bought and resold goods in Zimbabwe without following procedure.
Following the ban, individuals have complained goods in Zimbabwe have become expensive, as much as three times what they were.
While protests were taking place on the South African side, in Zimbabwe protesters burnt down a satellite police station in Beitbridge as they protested against the trade ban.
African News Agency visited Musina on Tuesday and witnessed the economic distress of the former mining town.
Most shops owners decided to close their stores early as there were no customers to inject much-needed funds into their businesses.
Store owners said if the situation continued, they would consider closing shop.
Shop owner Bharucha Farouk said that he was struggling to make the sales he used to make.
“From morning, we opened shops, but at 10am, we are forced to close because there is no business, I don’t think I will be able to pay rent and workers, and will need to close the shops,” said Farouk.
Other operators said their businesses were collapsing and it was not guaranteed that the import ban moratorium would be suspended.
International Cross-Border Traders Association respresentative Dennis Jeru said that over the years members had come to depend on trading with Zimbabweans.
“If the situation continues there will be a total shutdown in Musina as most businesses rely on buyers from Zimbabwe. Without Zimbabwean clients, Musina will cease to be active,” said Jeru.Advertisement

The lack of currency in Zimbabwe had impacted even more on businesses.
“To start with there is no cash, the banks are empty, you can have money in your account but when you reach the bank they will tell you that they don’t have money,” he said.
Police and soldiers are seen patrolling deserted shopping areas, searching and demanding passports from foreign nationals.
Police spokesman Colonel Ronel Otto said public order police continued to monitor the border.