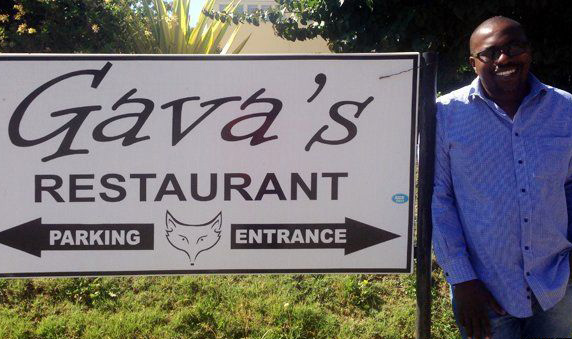 THE aroma of fried chicken drifts enticingly from Shupikai Muyambo’s cafe, making your tummy rumble.
Located in Chipinge, a small farming town near Zimbabwe’s border with Mozambique, Padera Restaurant enjoys a busy trade.
Customers flock to eat its chicken, beef or fish, served with rice or sadza, with prices ranging from between $1 and $2 a plate.
Muyambo, 27, opened the cafe last year, and currently employing three people, she is about to take on more staff to keep up with demand.
In a country where the economy has now been in the doldrums for the past 15 years, and where government figures last year showed that just 376,000 people were in formal employment, you would imagine that most of Zimbabwe’s 14 million population can only dream of going out for a meal.
Yet while Zimbabwe is undoubtedly impoverished, and earnings are low, a further 5.9 million people are in employment, scratching a living working informally, either for themselves, or small firms which aren’t officially registered.
And eating out has never been more popular in the country, with a growing number of food outlets springing up, from roadside shacks to more formal restaurants.
Muyambo says: “Competition in this sector is very stiff, but we realised that even with the economic challenges people still need to eat.
“I get at least $150 [profit] per month after deducting all expenses”.
Power cuts
In Harare, another restaurauteur enjoying good business is 41-year-old Allen Gava, who owns the eponymous Gava Restaurant.
A former fruit and vegetable wholesaler, he started in the restaurant business back in 2013 in one of Harare’s more prosperous neighbourhoods.
Now employing 10 full-time and five part-time employees Gava says: “We have built a solid customer base, and now have many regular customers who eat with us three or four times a week.”
With dishes costing as much as $10, and a large garden for outside eating, Gava Restaurant is certainly more upmarket than most.
While Gava won’t reveal how much money he makes, he says that his monthly turnover is “enough to pay salaries, cover expenses, and make a profit”.
Yet despite his success, Gava says that all restaurants in Zimbabwe continue to face a number of problems.Advertisement

“It is hard to find certain supplies for the restaurant,” he says.
“We are also experiencing power cuts, which affect our cooking, and we are spending more money on generator fuel.”
Other Zimbabwean restaurant owners have tried to alleviate the problem of supply shortages by rearing their own animals, or growing their own vegetables.

Rear own chickens for their cafe … The Mujurus