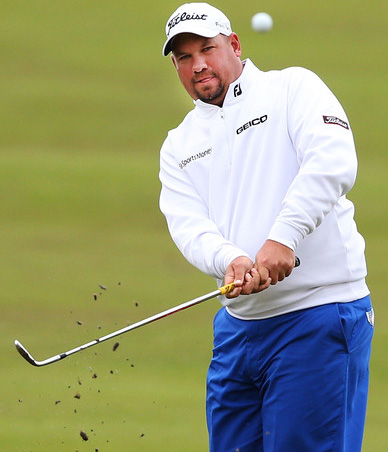 ZIMBABWE’S Brendon de Jonge withdrew from the Olympics on Tuesday because he didn’t want to miss two tournaments in his bid to keep his PGA Tour card.
De Jonge is the 12th player to pull out of the Olympics in Rio de Janeiro, where golf makes its return after a 112-year absence.
He is the first player to specifically cite the schedule as it relates to keeping his full playing privileges for next year. De Jonge has missed the cut 15 times in 19 starts this year, plunging to No. 160 in the FedEx Cup standings.
Only the top 125 get into the FedEx Cup playoffs and keep their full cards for the next season. Because The Greenbrier Classic was canceled due to flooding, and de Jonge is not in the final major of the year, he has only five events left.
He said to compete in Rio would have meant missing the Travelers Championship, which ends the day after opening ceremonies, and the John Deere Classic. It also would have meant flying from Rio to North Carolina to prepare for the final event.
De Jonge has finished among the top 100 each of the past six years.
“The reason for my decision is not my concern about the Zika virus,” he said in a statement.
“It is truly a business decision. It would have been a great honor to play for my country.
“I am truly disappointed, but my current position on the FedEx Cup points list does not allow me the luxury to skip the John Deere Classic or the Travelers Championship. … This has to be a priority for me and my family.”
Seven of the other 12 players who have pulled out specifically cited Zika, including world No. 1 Jason Day and world No. 4 Rory McIlroy.
De Jonge’s decision means that Zimbabwe is not likely to have a golfer in the Olympics.
The country’s only hope to be represented in Rio is Scott Vincent, who would have to win this week on the Mackenzie Tour in Canada to move into the top 60 in the Olympic ranking.
Otherwise, Zimbabwe would join Fiji (Vijay Singh) in losing a spot because of a withdrawal.
With de Jonge pulling out, Lin Wen-Tang would qualify and give Taiwan two spots in the 60-man field.
Golf organizers, particularly the PGA Tour, had seven years to decide how to cope with the Olympic competition on a worldwide schedule.
It already has crammed in three major championships over a seven-week stretch. Two of the final three events in the regular season, key for players to get into the top 125, are against the Olympics.Advertisement

Camilo Villegas of Colombia, while mentioning the Zika virus, also said his participation could depend on his status in the FedEx Cup. He is at No. 141.