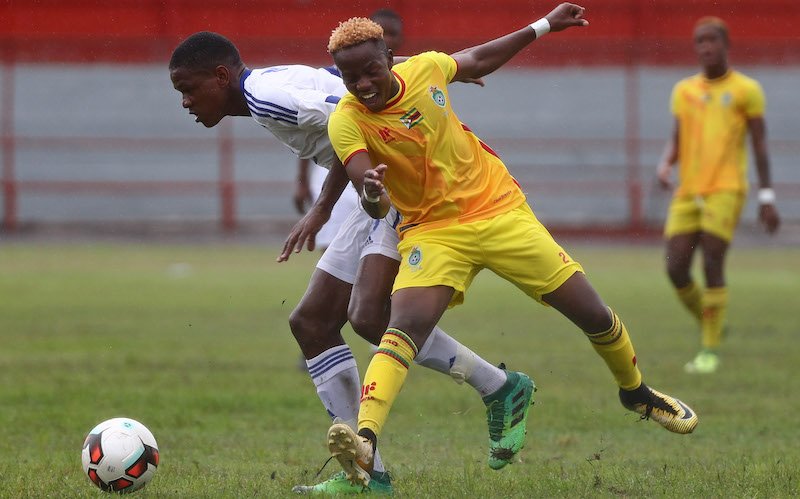 Exciting Harare City midfielder Tatenda Tumba and United States-based Marvin Sibanda will headline an impressive cast of young Zimbabwean talent set to go under the spotlight at the COSAFA U-20 Cup.

The tournament kicks off in Zambia this weekend, with Zimbabwe among the favourites for the title.

COSAFA junior tournaments have often proved a valuable stepping stone for budding local stars and this year could prove no different, with Tumba among a handful of prospects from the local premiership who could seize the occasion to put themselves in the window.

The team also includes two foreign-based players in midfielder Sibanda, who is on a scholarship at the Taft’s Head Boys Varsity in the USA, and defender Munashe Garananga of South African second-tier outfit Ubuntu FC.

As is often the case though, coach Bhekithemba Ndlovu has had to contend with grossly inadequate preparations. His team only went into camp on Monday, just days before the tournament begins.

It will not help that Ndlovu will be starting from scratch after Zimbabwe opted out of this year’s U-20 Africa Cup of Nations qualifiers.

The former Highlanders defender will hope though that the individual quality in the team will prove good enough to make a difference. Much of the responsibility will therefore fall on Tumba, who has been outstanding for City this term.

“I have watched Tumba several times and I have been impressed. He is such a good player and I am confident that he will give a good account of himself in Zambia,” Ndlovu told ESPN.

“Our target is to do better than last year and get to the knockout stage. That should then give us a chance to fight for the trophy.”

Tumba should be joined in attack by the USA-based Sibanda, Triangle’s Delic Murimba and new CAPS United sensation Kenny Ndebele, a product of the famed Aces Youth Soccer Academy.

Ndlovu was expecting Sibanda to arrive on Wednesday. The 19-year-old has been in sensational form for his school, having been named New England Soccer Journal 2017 Boys Prep Soccer season midfielder of the year following a return of 15 goals and 23 assists.

Black Rhinos’ McDonald Makuwe, another great prospect, has however been omitted but he could be roped in by the time the team departs for next week.

There is some quality in defence too, with the Bulawayo Chiefs defender Shadreck Nyahwa set to make his second consecutive appearance at the tournament.

A Bantu Rovers product, Nyahwa can play at left-back, central defence or as a defensive linkman.

The 19-year-old is likely to partner Highlanders’ Andrew Mbeba in central defence.

Dynamos’ utility player Tatenda Muringani is another player who will be returning to the games for the second year running, along with Yadah goalkeeper Issah Ali.

Zimbabwe were last crowned the COSAFA U-20 champions in 2007, and they have not reached the finals since then.