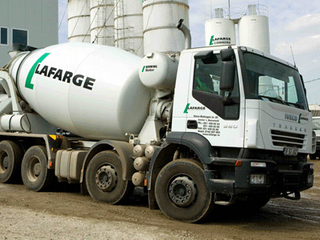 HARARE: Cash shortages in Zimbabwe were causing delays in disbursing remittances to foreign creditors, the chairman of Swiss-based LafargeHolcim’s unit in the country, Lafarge Zimbabwe, said last week as the country readied itself for the introduction of local bond notes next month.
“The low foreign currency reserves resulted in lengthy delays in disbursing remittances to foreign creditors,” Lafarge Zimbabwe chairman Kumbirai Katsande said.
The company’s cement sales for the interim period “were subdued due to increased competitive activity in the total market following the influx of cement imports into the country as well as the entrance of a major competitor” in the Harare market.
Cement sales revenue for the period increased from $25.4 million to $26.5m although the group posted a comprehensive loss for the period of $2.25m from the previous contrasting period’s loss position of $1.39m.
But for Lafarge Zimbabwe and other companies, greater focus should be on the “dire need for a radical shift in economic policies” instead of macro issues such as import restrictions.
Lafarge competes in the Zimbabwean cement market with a unit of South Africa’s PPC and SinoZim Cement.
PPC Zimbabwe saw its volumes fall 22 percent owing to cash shortages in the economy.
“Import restrictions are helpful but will not be a substitute for the dire need for a radical shift in economic policies so as to stimulate the productive sector. The government should move with speed to correct the management of public finances in line with the state of the economy,” Katsande added.
The company had current liabilities of $29.3m, an increase of 26 percent as a result of “trade and other payables and related party payables”.
Advertisement