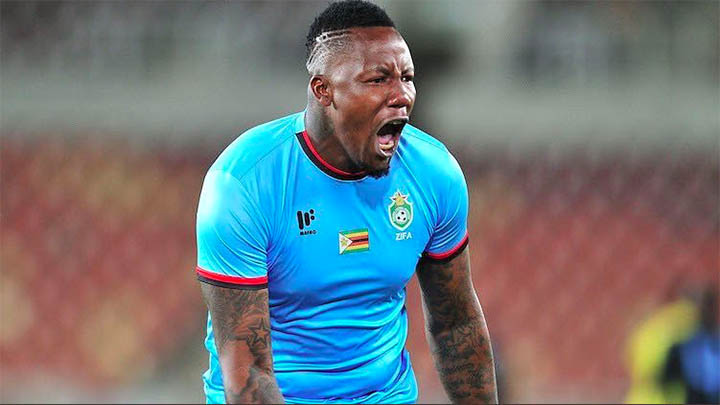 IN the euphoria which followed Zimbabwe’s record-stretching sixth COSAFA Cup crown, the reality may have escaped many that it was, in fact, the vanquished Zambian outfit who had more to be optimistic about going forward.

Zimbabwe won 4-2 after extra-time against Chipolopolo in a pulsating final on Saturday, as coach Sunday Chidzambwa added another glittering chapter to his CV with a fourth COSAFA Cup triumph in charge of the Warriors.

Zimbabwe also became only the third team after South Africa and Zambia to successfully defend the Cup.

But while Chidzambwa can only add Knowledge Musona and perhaps Kuda Mahachi to his forward line for the upcoming 2019 Africa Cup of Nations qualifiers, Zambia are instead looking at COSAFA Cup heroes Lazarous Kambole and Cletus Chama providing depth to an already star-studded attack.

That is, however, not meant to belittle the achievements of Chidzambwa, whose decision to use the tournament to prepare for the qualifiers was spot on.

Several of the Warriors’ key players could not come though, with England-based full-backs Tendai Darikwa and Adam Chicksen part of the Diaspora delegation unable to secure their passports in time for the event.

Centre-back Teenage Hadebe, midfielder Marvelous Nakamba and were injured and, ultimately, Chidzambwa did not quite get the workout he desperately needed.

Yet it was still a worthwhile experience, not least because it confirmed the emergence of Sweden-based attacker Tino Kadewere, centre-back Aleck Mudimu and the versatile Marshal Munetsi as certain starters when the Warriors resume AFCON duties in September.

Tafadzwa Kutinyu and Talent Chawapiwa, meanwhile, will most surely add some much-needed class to the midfield.

Mudimu is favoured to partner Kaizer Chiefs’ Teenage Hadebe in the heart of defence, while Kadewere should slot in seamlessly alongside Musona and Billiat in a potentially exciting front three.

In Kadewere’s case, in fact, the adage rings true that you just cannot keep a good man down. His experience at COSAFA clearly highlights the persisting selection challenges which have continued to haunt successive Warriors coaches.

The peddlers of hyperbole would, of course, rather have the nation believe that the fact Zimbabwe were crowned champions means everything worked out perfectly well … that the end justifies the means.

For one thing, had Zimbabwe convincingly beaten the Botswana reserve side in the quarters and little Lesotho in the semis, chances are that Kadewere, who was restricted to bench-warming chores for much of the two matches, might not have started the final.

The 22-year-old began the tournament way down the pecking order, despite going into the tournament as the best performing Zimbabwean player about, with 12 goals in 19 appearances across all competitions making him the star of the show at Djurgarden.

But the Warriors technical team settled for forwards Evans Rusike and, of all players, Abbas Amidu, for the first two matches.

Rusike has scored just one goal in 12 matches since joining SuperSport United at the end of January, but at least he has a recent track record of excellence. In Amidu’s case, the mere fact he made it into camp is, quite simply, bizarre.

Here is a player who has known nothing but struggles since leaving Black Mambas for Kaizer Chiefs in 2011, being earmarked for a key role in the 2019 AFCON campaign, even though he is yet to show any signs of revival.

Amidu made the Warriors starting XI ahead of Kadewere, despite making just two appearances for a total of 52 minutes over the last five months for Egyptian side Entag El Harby, whom he joined from CAPS United last September.

Such level of judgement on the part of the Warriors technical team is certainly not inspiring.

And it could have proved costly in South Africa as Zimbabwe twice came close to exiting the tournament while their best striker was twitching his fingers on the substitutes bench.

Once handed a start in the final though, Kadewere showed remarkable character to set his frustrations aside and dish out a Man of the Match performance, complete with two goals and an assist.

More than the numbers themselves though, it was the zeal, skill and energy he displayed as he dropped deep late in the second-half to link up play and help create havoc, which further proved just how dumb the idea that he belonged on the bench had been.

The emergence of Diaspora talent will certainly enlarge the pool of talent available for Zimbabwe, but the mere possibility that some as good as Kadewere might find themselves frozen out of the picture for some strange reason is quite scary.