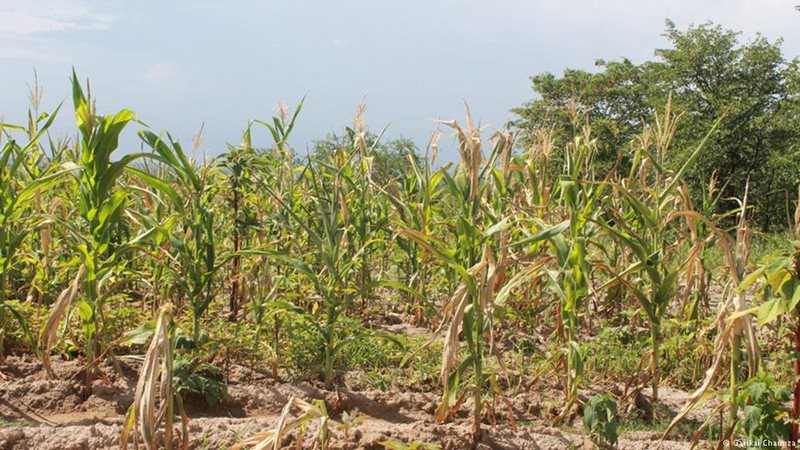 ERRATIC rainfall patterns could dampen Zimbabwe’s economic recovery as output in the key agriculture sector geared up for a knock.

Farmers claimed that grain production would only be about half the projected output.

The Food and Nutrition Security Working Group Southern Africa has already said in its latest report that “in the absence of consistent rains in February, the dry conditions experienced in December and January will diminish water supplies for domestic, agricultural and commercial use” in Southern Africa.

The report said that southern Zimbabwe had experienced mild rains in late January when crops had already wilted.

Zimbabwe had projected 1.7million tons of maize for this year’s grain harvest, which begins in March. The country was bargaining on the anticipation of better rains, while the government also launched an ambitious command agriculture programme that provided inputs to farmers.

The Zimbabwe Commercial Farmers Union (ZCFU) has now said that it expected that grain output would halve to nearly 850000 tons of maize.

“We cannot have very good harvests as we expected after such a dry period,” state media quoted Wonder Chabikwa, president of the ZCFU, saying.

Zimbabwe has over the past few years relied on maize imports from Zambia and South Africa as former President Robert Mugabe’s government paid heavily for taking over land from white commercial farmers.

New leader Emmerson Mnangagwa has said that he will not reverse the land reform programme but has pledged to pay compensation to farmers who lost their land.

The government is now issuing farmers in the country with 99-year leases to help them secure funding from banks. Mnangagwa also said that he would take away land that was not being utilised for productive purposes. But for the current season, farmers are counting losses from crop write-offs owing to the earlier persistent dry spell. Some of the late planted crops could, however, provide some respite.

The ZCFU said “consequences of the fast track land reform have been painful”, but added that they were ready to join hands with the government to boost agriculture production.

The quality of tobacco, another major crop and forex earner in Zimbabwe, was expected to be lower this year, owing to strains from the erratic rainfall patterns.

The Confederation of Zimbabwe Industries (CZI) has warned that poor agricultural productivity would have a bearing on the industry and manufacturing production.

The industry’s Sifelani Jabangwe said that lower production would have an impact on economic production.

However, the overall economic effect was not expected to be severe, according to CZI, as other sectors of Zimbabwe’s economy were expected to firm up.