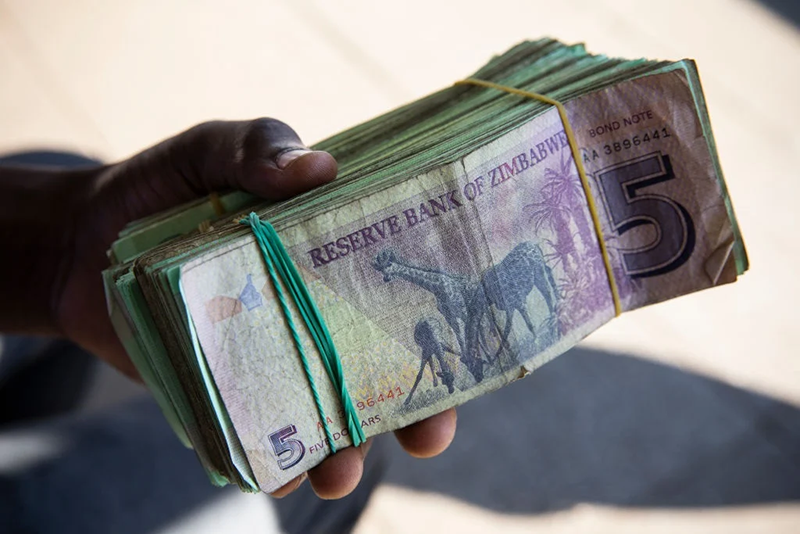 HARARE: A crackdown by authorities in Zimbabwe to support the local currency and fight inflation has increased the use of US dollars in the economy, according to the country’s oldest brokerage.

“Ironically the authorities’ clampdown on Zimbabwe dollar payments created such a squeeze that it has had the unintended consequence of driving dollarisation at a faster pace,” Imara Asset Management Chief Executive Officer John Legat said in the Harare-based company’s latest quarterly investment notes to clients.

Banks are now offering US dollar loans and listed companies carry out more transactions in the greenback, as they reel from a shortage of Zimbabwe dollars. “Even government is increasingly using US dollars for their own payments,” he said.

Authorities adopted a series of measures since May including raising the benchmark interest rate to 200%, introducing gold coins, imposing taxes on capital markets and halting payments to government contractors and suppliers to try reduce money supply. Those actions dried up excess liquidity and succeeded in bringing the official local currency rate in line with the parallel rate.

The government of the southern African nation has struggled to successfully reintroduce its own currency into the economy after abandoning its unit for more than a decade because of hyperinflation in the late 2010s. Zimbabwe dollar transactions have nearly halved in volume and value terms since the end of last year on banking and mobile-banking platforms, according to data from the central bank.

The total value processed by the National Payments System was $1.9 billion from 36 million transactions in September. That compares with a monthly average of $4.2 billion last year, from about 120 million monthly transactions.

An increase in the use of US dollars in the economy does, however, mean that companies have sufficient foreign exchange to import capital equipment without using the central bank auction, alleviating an obstacle to trade that other countries have faced because of a strong US currency.