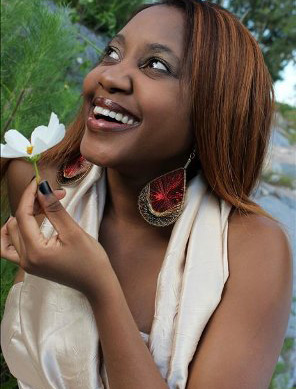 ZIMBABWE’S Davina Green is in the running for the Channel O sponsored 2014 Best R n B Song in Africa with her song Every Time .
Based in South Africa, Channel O Africa’s leading urban music channel has thrown its significant weight behind the All Africa Music Award, AFRIMA by sponsoring the RnB category.
Davina will battle it out with several other artists from the continent, among them Isabel Novella from Mozambique with the track Moya, Maurice Kirya from Uganda with the track The Blue Dress, 2Face from Nigeria with the track Dance in the Rain, Vanessa Mdee from Tanzania with the track Come Over and Wahu from Kenya with the track For You.
The winner for this and the other AFRIMA categories will be selected through online voting which closes on December 25 with the awards ceremony scheduled for December 27 in Lagos.
Commonly referred to as a ‘diva in the making’ by those who know her or have heard her music, Davina, says she knew from a very young age that she’d one day use her voice and love for music to entertain the world!
Her soulful, laid back voice and style is evidence of her 90’s RnB influence and the singles she’s released so far have been received very well judging by the positive reviews on local radio stations including ZiFm, StarFm and PowerFm.
The All Africa Music Awards is spread over thirty (30) categories and 23.9-carat gold-plated trophies will be received by music acts or groups in their respective categories.
Davina Green – Everytime