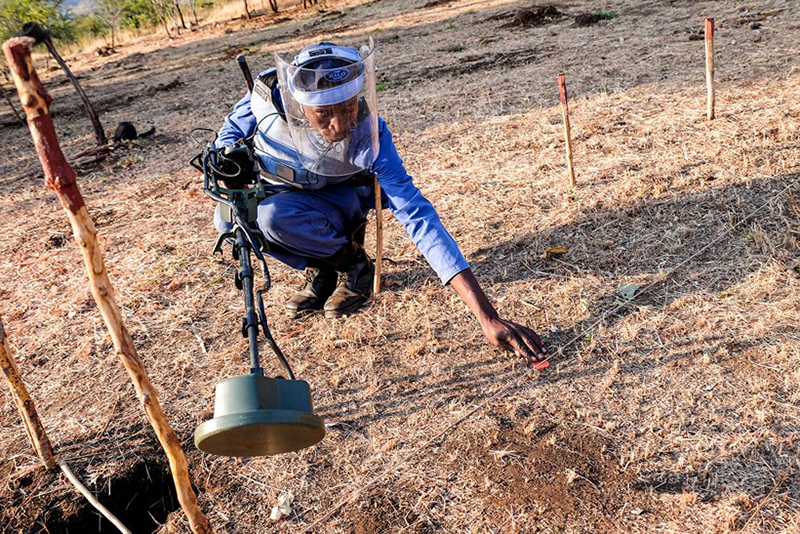 ZIMBABWE’s de-mining programme has been ranked among the top three best-managed mine action programmes in the world over the past four years, President Emmerson Mnangagwa has said.

Speaking during Zimbabwe Defence Forces  (ZDF) Day celebrations at the National Sports Stadium on Tuesday, Mnangagwa said the country is on course to complete its de-mining exercise by 2025.

“Government is dealing with this issue, and it is commendable that our demining programme has been ranked among the top three best managed Mine Action Programmes in the world over the past four (4) years.

“It, therefore, follows that with adequate funding and other resources, the country is on course to finish the demining race by December 2025,”  said Mnangagwa.

The existence of landmines, mostly from the country’s liberation struggle, has resulted in some falling victim while others lost their limbs.

The victims require attention in the form of rehabilitation, provision of assistive devices and life skills to take care of themselves in light of their disabilities.

In line with the Ottawa Convention on Anti-Personnel Landmines, President Mnangagwa called on those in a position to support Zimbabwe’s de-mining programme to come forward and partner the country “in this noble programme”.

Zimbabwe inherited landmines, which were laid by the Rhodesian Forces to inhibit the movement of freedom fighters across its common borders with Mozambique and Zambia.