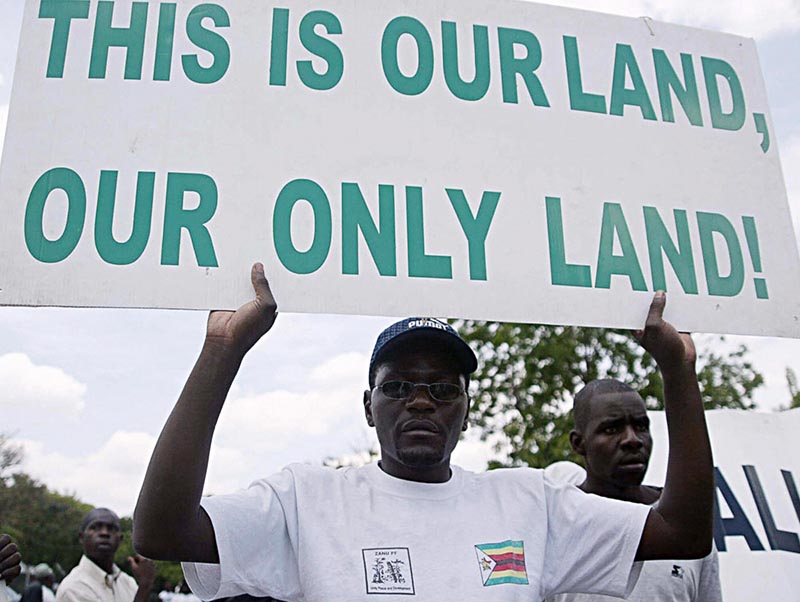 THE Zimbabwe economic malaise can be traced to a situation in which the political elite in the ruling party loot and strip public funds from institutions such as the Zimbabwe Reserve Bank, among others. The looting of state resources by the Zanu PF elite, imply that the Zimbabwe citizens are regularly financing the lavish lifestyles of politicians, with little money left for investment in water treatment facilities, construction of sewer systems, maintenance of roads and the provision of public goods.

In late 2000, as a recent university graduate of the University of Zimbabwe, I was fortunate enough to get hired as a trade economist in a government department in one of the agricultural ministry. Among other things, I was also responsible for working in a number of task forces that monitored the implementation of government programmes such as the crop inputs schemes, winter wheat input schemes, importation of grain from South Africa.  I was therefore intimately involved in witnessing some of the looting of state resources by the political elite and the powerful. The looting took many forms and below I offer a few antidotes.

When I joined the government the Japanese Development programme was sponsoring agricultural mechanisation that provided small holder farmers with subsidized tractors each year. In order to qualify for the programme, one had to be a certified member of the Zimbabwe Farmers Union, and also certify that they were indeed smallholder farmers. Indeed, while a few farmers benefited from the programme, a majority of the beneficiaries where cabinet ministers, the Zanu PF senior elite, senior civil servants, security services leaders and their relatives. Most of them did not even own an acre of land. They went ahead and sold the tractors in the open market and pocket the profits without any sweat.

In early 2002, there was a projected shortage of winter wheat. The government released around $30 million (Zimbabwe dollars then) to support the newly resettled farmers grow winter wheat. As soon as the program was announced, one senior military official called and demanded that he be allocated inputs from the programme worth about $12 million. My colleagues had to step over each other to ensure that the said military official was allocated the funds promptly. There was no mechanism put in place to monitor if the funds were used appropriately or to ensure that the beneficiaries repaid the government after harvest and selling the wheat. The beneficiaries were given a blank cheque on the backs of citizen taxpayers.

Similarly, during that period, the government through the GMB embarked on the nationwide crop inputs schemes. Although these schemes were geared towards poor farmers in the rural areas, most of the beneficiaries were senior party officials and the politically connected officials at provisional, district and ward levels. The leaders boasted that it was a public programme and therefore they should ignore the repayment obligations to the GMB. Indeed, a majority of the individuals who benefited did not have an incentive to utilize the inputs, they just turned around, sold the inputs on the local market and pocketed the proceeds.

Between 2000 and 2002, the official exchange rate was about US$1 to Zimbabwe $80, while the parallel market was about US$1 to Zimbabwe $1,000. Most of the programmes that were financed by donors were in denominated foreign currency accounts held with either the Reserve Bank or other local banks. In order for government departments to undertake project activities, they would withdraw from the foreign denominated accounts and then exchange into Zimbabwe dollar and spend on the projects.

Most cabinet ministers, senior government and ZANU PF officials took advantage of this loophole by bullying officials and forcing them to withdraw from foreign denominated accounts in which they received US$1 in exchange for $80 in local currency to fund foreign trips. After the foreign trips the same politicians would exchange the same US$1 they bought at $80 from a foreign denominated project account on a parallel market at a rate of Zimbabwe $1200, earning a mark-up of over Zim $1,180. This was broad daylight robbery of the resources of the poor by the politically connected elite.

During the 2000-2002 there was also a period of rampant farm invasions. Well-connected politicians got data about the farms around the country. Some invaded the farms, stripped assets and looted equipment such as irrigation machinery and sold it while abandoning the farms. Others went in and invaded during the harvest period; they confiscated, sold the harvest to the market and kept the gains. Private businesses in the country were victimised by disgruntled workers contacted ruling party officials who went to the business owners, held them at ransom and extorted them in the name of settling labour disputes.

The land reform programme, although it was noble in addressing historic imbalances, most of the land was allocated to the political elite and well connected, with some politicians and their relatives getting up to 21 farms. These beneficiaries were the ones who had bought multi-million-dollar homes in posh suburbs such as the Borrowdale. Most of the able smallholder farmers with master farmers’ certificates where denied the land. As a nation, it boggles my mind why we never asked why we should transfer such enormous resources to the rich and powerful.

I have provided antidotes for my brief two-year period in the government before becoming resigned that I was not serving the people of Zimbabwe, but I believe that there are many who witnessed looting in govt. While the programmes were very noble, by their design they are meant to transfer resources to the elite and politically connected while the public is left holding the bag of debt. One such current programme is the Command Agriculture. As long as these programs do not have a credible repayment programs, they are just a sanitized way of looting state resources.

Let me conclude by suggesting that to encourage development, future government support programmes should have a credible monitoring and repayment mechanism which ensures that the borrower has an incentive to put the resources towards the intended purpose so that the programme is sustainable. This can be achieved if the government provides funds through commercial banks which have good credit monitoring and recovery mechanisms, provide guarantees and demand that loan repayments be fulfilled.

For Zimbabwe to recover, it’s time that the government puts the poor average citizens needs ahead of the privileged and politically connected politicians. That way it, can truly build an economy that becomes truly a house of stone and a beacon for of the world.

Tendai Kamba is based in Wyoming, USA