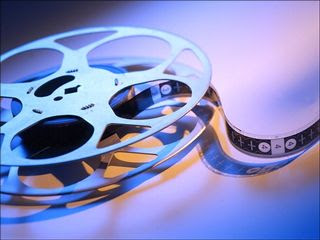 TWO of Zimbabwe’s main film festivals, have joined forces and will this year host a joint festival, as part of efforts to grow the sector.
The International Images Film Festival for Women (IIFF) and the Zimbabwe International Film and Festival Trust (ZIFFT), will host the joint festival from August 26 to September 2.
In a joint statement, the festival organisers said the synergy “will offer the most diverse Festival for audiences as the two combine their strengths to create a platform for excellence in film, advocacy, value addition, and engagement among the various stakeholders”.
IIFF will present its 16th edition of the festival in collaboration with the 19th edition of the Zimbabwe International Film Festival (ZIFF).
“In presenting this strategic cinematic collaboration, IIFF and ZIFF are taking this progressive step to facilitate cohesive and sustainable growth in the film sector,” the organisers said.
“Both organisations are excited to be coming together to present an enthralling programme that celebrates film to a diverse audience, as they continue to raise the profile of the sector in Zimbabwe on an international stage”.
IIFF programs are held in schools, communities, national and international outreaches. National outreaches take place in Binga, Bulawayo, Gwanda and Chipinge. International outreaches are held in Kenya, Uganda, Malawi, South Africa and Somalia.
ZIFF is the flagship programme of the Zimbabwe International Film and Festival Trust. It is a premier annual festival that showcases the best in film from Zimbabwe and the world; with a national outreach around Zimbabwe, including Bulawayo, Mutare, Norton and Chitungwiza.
The Festival also incorporates the Trust’s other programmes: the Film Forum (FF), which forms the industry programme; Outreach2Educate (o2e), which screens films and hosts workshops in disadvantaged and grass roots communities; and the Short Film Project (SFP), which produces quality short films by mentoring emerging filmmakers to make their first film, thereby kick-starting their careers.Advertisement