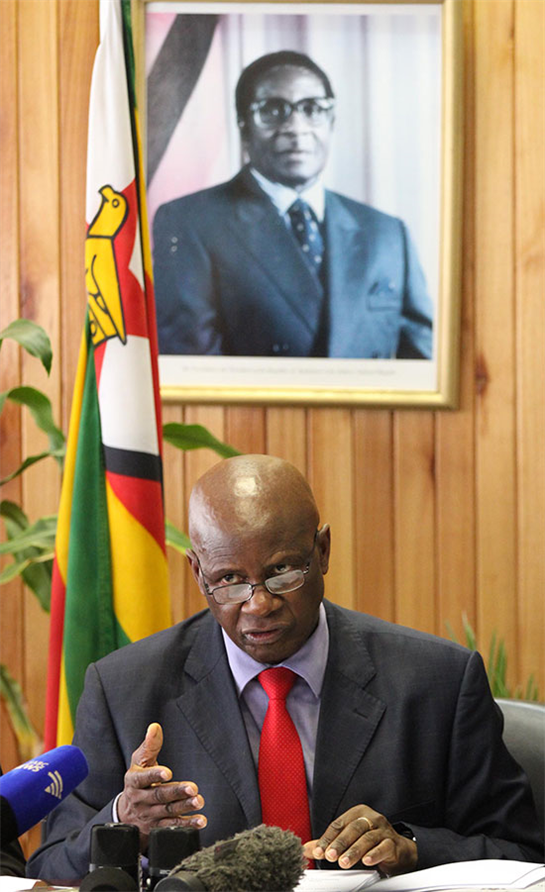 ZIMBABWE’S fiscal deficit is this year seen narrowing to below 0.5 percent of the country’s Gross Domestic Product (GDP) from 2.4 percent recorded in 2014 on improved revenue collections and rationalized government expenditure.
The country has run successive budget deficits averaging 2.59 percent of GDP between 1990 and 2014, reaching a record low of 7.51 percent of GDP in 1992.
But in a Letter of Intent to the International Monetary Fund signed by Finance Minister Patrick Chinamasa and central bank governor John Mangudya, the country said revenue shortfalls had made it difficult to achieve a balanced fiscal position.
Revenue collections for the first half of the year were nearly six percent behind the $1,76 billion target as the country endures widespread economic difficulties, shrinking corporate earnings, limited ability of companies to pay taxes on time, and rapid informalization of the economy.
“A shortfall in revenue collection has intensified fiscal pressures, and has made expenditure rationalization an urgent priority. Nevertheless, we intend to lower the primary deficit to below 0.5 percent of GDP and aim at a balance in 2016,” reads the letter dated September 30.
“We are enforcing tax payments by agreeing with clients on repayment schedules to eliminate their overdue tax obligations”.
Chinamasa and Mangudya said government was rationalizing the country’s public service establishment in order to generate savings on employment costs and seeking cuts in lower priority current and capital spending while safeguarding priority social spending.Advertisement