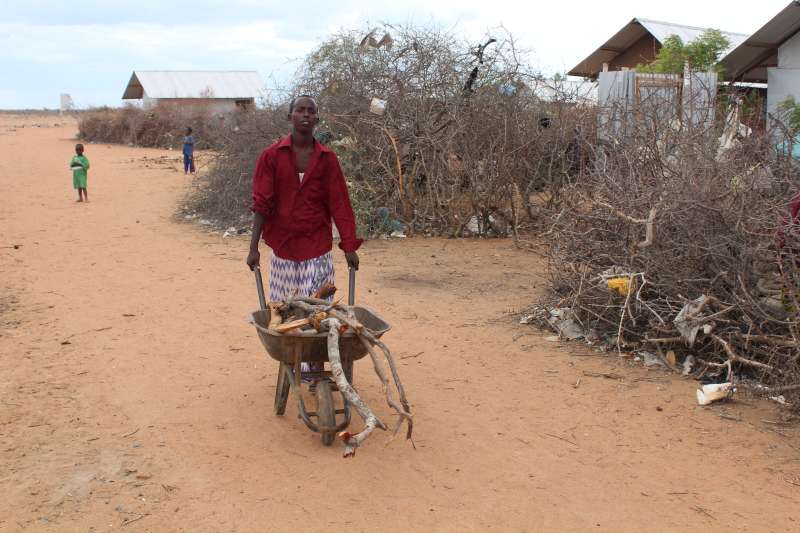 HEADLANDS: Since Netty Joyce Mukanganise started growing tobacco 12 years ago, she and her neighbors have ransacked the forest near her home for firewood to cure their crop.

“I use about 7 tons of wood per season for curing my tobacco crop, averaging about 1 hectare,” she told Mongabay. “There is no other means at my disposal to cure the tobacco, so I have to cut [down] trees.”

The 61-year-old, a farmer all her life, began growing tobacco because it’s more profitable than other crops. In 2000, according to Zimbabwe’s Tobacco Industry Marketing Board (TIMB), there were 6,000 small-scale tobacco farmers like Mukanganise, growing tobacco on small plots of 1-3 hectares (2.5-7.4 acres). Following a land redistribution program that allowed tens of thousands of Black farmers to claim land from largely white landowners, the number of small-scale producers peaked at around 137,000 in 2019.

Tobacco is the country’s second-biggest foreign currency earner, but its production comes at great cost to the environment as most farmers burn wood to cure their crop. The curing barns used by smallholders require 10 kilograms (22 pounds) of wood for every kilo of tobacco.

Woman collecting wood in a miombo forest: the majority of Zimbabwe’s small-scale tobacco producers view firewood as a free resource. Image by Tonderayi Mukeredzi for Mongabay.

Forestry Commission unequal to the task?

The Forestry Commission of Zimbabwe (FCZ), the government organization mandated with regulation, management and conservation of forests, estimates that tobacco farmers account for 60,000 hectares (148,000 acres) of deforestation each year, around 20% of the country’s total forest loss of close to 300,000 hectares (741,000 acres) per year.

Under Zimbabwean law, anyone who cuts down or uses timber (or collects other forest products) without a license risks arrest and a fine of between 5,000 and 500,000 Zimbabwean dollars ($14-$1,400). This also applies to tobacco farmers using wood to cure their crop, unless they’ve planted a woodlot equal to 30% of their tobacco fields. But very few small-scale producers have planted trees for fuelwood, and Abedinigo Marufu, FCZ’s general manager, conceded that authorities have not enforced the laws protecting forests.

“We have talked to the tobacco farmer associations, the Tobacco Industry Marketing Board, and we have been raising awareness on the issues in the media, but we know surely that some farmers will not do it,” Marufu told Mongabay.

In 2019, Mukanganise was arrested for cutting down trees for her curing barn. She was released with a warning and went straight back to plundering the forest for wood. The forest she relies on is protected and consists largely of msasa (Brachystegia spiciformis), munondo (Julbernardia globiflora), and mountain acacia trees (Brachystegia glaucescens).

She said she tried to establish a woodlot, but the trees died due to poor soils. She has, however, now built furnaces on her tobacco barn so that they use less firewood.

Tapera Matanga has taken a different path. He settled in Maturi, in a different part of the same district as Mukanganise, in 2000, and he too started growing tobacco. At the time, the area was well forested, but in the 20 years since, thousands of newly resettled farmers have stripped the communal forest nearest him for wood for cooking, to bake bricks and build kraals — and to cure tobacco.

The consequences are starting to catch up with the community: Matanga and three of his neighbors have stopped growing tobacco for now.

“Here in Maturi [Headlands], there are challenges in growing tobacco because of shortages of wood. Before we stopped growing tobacco in 2019, we each required at least 15 scotch-carts [10 metric tons] of firewood per hectare and had to travel 20 kilometers [12 miles] to fetch the wood,” he told Mongabay.

They now grow maize and vegetables, especially tomatoes, but Matanga and his three neighbors hope to return to tobacco farming. They planted a eucalyptus woodlot on 8 hectares (20 acres) of land belonging to their local district council in an arrangement set up by the government-backed Sustainable Afforestation Association (SAA) program. That wood will be ready to harvest in three years’ time.

The SAA is one of several initiatives intended to reduce the impact of tobacco cultivation on Zimbabwe’s forests. It was formed in 2014 by the tobacco growers’ association, tobacco merchants who purchase and market cured tobacco, and the Tobacco Industry Marketing Board, which represents the government.

The tobacco merchants contribute 1.5% of their tobacco sales to the SAA, which uses the money to finance the establishment of woodlots in the tobacco-growing provinces of northern and eastern Zimbabwe, as well as fund research into alternative methods for curing tobacco. In 2021, the levy generated $8.8 million.

The SAA planted an initial 600 hectares (1,500 acres) on land provided by six farmers in 2014; today, it boasts 20,000 hectares (49,000 acres) of eucalyptus woodlots on land belonging to large-scale tobacco producers as well as schools, churches and other landowners.

“The farmer just gives a part of their farm to us and we do the rest. Instead of giving trees or seedlings to the farmers, we do the growing of the trees, and their maintenance until the trees are ready for harvest,” Lloyd Mubaiwa, the SAA’s business relations manager, told Mongabay.

“We pay land tax relief fees to the farmer. The real value to the farmer comes when the trees have matured, which is generally between seven and 10 years depending on areas. We harvest three times on a ratio of 20% to the farmer and 80% to the tobacco industry and then hand over the woodlot to the farmer.”

But the benefits Mubaiwa is talking about are still in the future; almost none of the SAA’s woodlots are ready to harvest yet. For now, Zimbabwe’s roughly 13,000 large-scale producers meet some of their fuel needs with coal, and rely on wood from other tree-planting initiatives run directly by tobacco merchants and the marketing board for wood.

Accounting for these other fuel sources, as well as the gradual adoption of more efficient curing barns by big producers, the SAA estimates it will need around 8,000 hectares (20,000 acres) of fast-growing timber to meet the requirements of this segment of the industry.

It’s clear that the SAA will provide only a modest part of the solution for sustainably fueling tobacco curing for the growing demands of the whole sector.

Amos Chandiringa, a small-holder farmer in Makoni district examines eucalyptus trees in his woodlot. Image by Tonderayi Mukeredzi for Mongabay.

Concerns for the future

“Government is aiming to produce 300 million kilograms of tobacco by 2025,” Mubaiwa said. “If we consider that 1 kilogram of tobacco requires about 10 kilograms of wood to cure it, that gives you an idea of how much wood is required if we were to rely entirely on wood to cure that tobacco. That is not sustainable.”

The association is redoubling its efforts to work with smallholder farmers and exploring alternatives to wood for curing tobacco.

“The first thing that we focused on was growing trees: that is what we’re good at. But on the sidelines, we’re doing research with specialized institutions like Tobacco Research Board to make sure that we get technologies that can be introduced and applied at farm level,” Mubaiwa said.

“We tried biogas. That research is still ongoing. Use of solar energy depends entirely on government support but it is expensive for many farmers. We’ve tried ethanol [but] it didn’t quite work out well in terms of cost effectiveness. So we continue to explore opportunities.”

Marufu told Mongabay that the SAA’s work complements the FCZ’s own Tobacco Wood Energy Programme (TWEP) which also works with smallholder farmers to establish woodlots. The TWEP was launched in 2005, he said, but he could not provide figures for how much wood the program is producing.

The heart of the problem is that the majority of small-scale tobacco producers, like Netty Mukanganise, view firewood as a free resource.

The success of the TWEP is also seriously threatened by land availability, as shown by Matanga and his colleagues, who are leasing land for the woodlots from the district council. With between 1 and 3 hectares of land, most small-scale farmers don’t have enough land to set aside some hectares for plantations. And because of the challenge, the FCZ has been encouraging farmers to set up community woodlots.

Zimbabwean authorities only started taking steps to contain the destruction of forests to fuel tobacco curing when the World Health Organization’s Framework Convention on Tobacco Control came into force in 2005. This framework requires countries to act to reduce supply of and demand for tobacco as well as take steps to reduce harm to the environment.

The Tobacco Wood Energy Programme was Zimbabwe’s first response to this; the broadly neglected requirement that tobacco farmers plant woodlots followed in 2012.