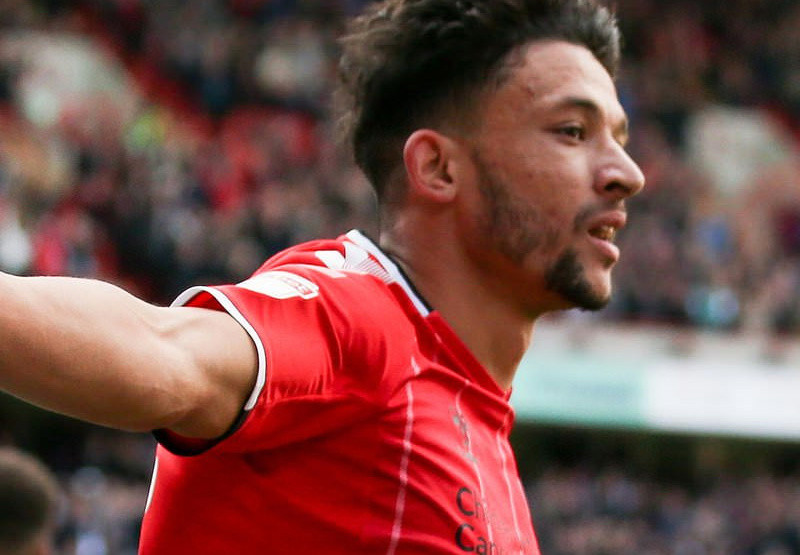 HIGHLY-RATED England-born Zimbabwe international striker Macauley Bonne is set to lead the line for English Championship side Charlton Athletic after the club’s top scorer Lyle Taylor revealed that he will not play for the Addicks when the season resumes later this month.

The EFL has said second-tier games are set to resume on June 20 after Covid-19 induced break, subject to safety requirements being met.

Charlton, who are two points adrift of safety with nine matches to play will however be without Taylor, 30, who is out of contract at the end of June.

The club’s boss Lee Bowyer said Taylor did not want to scupper a “life-changing move” by getting injured, which leaves the door open for Bonne to play a leading role for the English side.

“Lyle’s a big player for us – a bit like [Troy] Deeney at Watford. You know, similar situation – when he plays, we win games,” Bowyer told BBC Sport.

“Lyle has said that he’s not going to play because of risk of injury.

“He is going to get a life-changing move,” added Bowyer.

Taylor’s decision is set to put the 24-year-old Bonne in the limelight as he is now in pole position to lead the line for the Championship side as it seeks to avoid relegation.

It will not be the first time Bonne has led the attack for Charlton Athletic as he did so with success earlier this season during Taylor’s lengthy injury as he enjoyed a storming start to life in the Championship — scoring eight goals and providing two assists in 24 appearances so far.

Bonne made a return to training to the Addicks’ Sparrows Lane training ground last week along with his teammates for the first time since March.

The Zimbabwean star revealed that he has “never felt so good” in a Tweet in which he shares an image of himself training.

The Tweet has drawn a largely positive reaction from the Charlton supporters who have been responding to it.

Bonne has been compared with Leicester City forward, Jamie Vardy, and reports last year indicated that part of the deal, which took him to Charlton Athletic, included a clause where he would move to the Foxes in the event he scored, at least 15 goals, in the Championship.

Although he made his debut for Zimbabwe in international friendlies three years ago, Bonne is yet to make his competitive debut for the Warriors.

However, the player received his Zimbabwean passport in November which makes him eligible to feature for the Warriors in competitive matches.