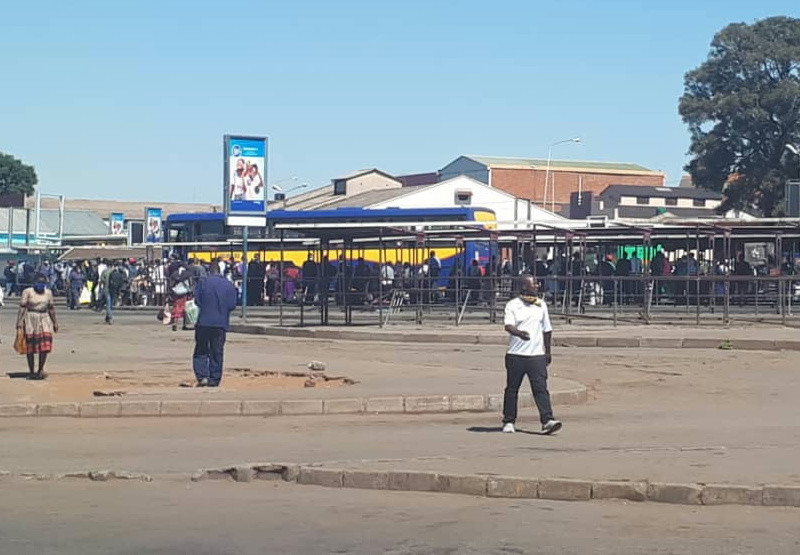 ZIMBABWE downgraded to “level 2” on Monday after 35 days of its Covid-19 lockdown, returning to slightly more normal day-to-day life.

Level 2 is set to run for two weeks. Thereafter, everything could return to business as usual.

In the meantime, businesses are operating from 8am to 3pm, with the hope that a ZW$18bn ($720m) stimulus package promised to them by the government will be disbursed.

Civic organisation Zimbabwe Vigil Diary fears that the rescue package could lead to a spike in inflation.

“It [the stimulus package] will come as usual from bleeding the people through massive inflation. Finance minister Mthuli Ncube is earlier reported to have warned that if Zimbabwe didn’t get a big bailout, it would again have to resort to printing money,” said the organisation.

Last week Ncube said the lockdown greatly affected the country’s economy, though President Emmerson Mnangagwa said: “The economy can die and it can be resuscitated now or in future — it doesn’t matter.”

The informal sector, which contributes at least 48% of GDP and provides at least 80% of the working population with employment, remains closed.

In the country’s four major cities, traffic returned to the central business districts as formal employees went back to work.

There were police checkpoints on all roads leading to the CBDs, with the police using their discretion to decide if one satisfied the requirements to proceed.

With many failing to pay their bills their salaries during the complete lockdown, financial institutions on Monday were characterised by long queues.

It was hard to maintain social distancing in queues outside premises, but upon entry one was subjected to temperature checking. A face mask is a must-have.

“I arrived before 6am and there were more than a hundred people ahead of me,” said a man at a bank queue in Bulawayo at midday.

He said the problems faced before the lockdown were still around — and could get worse.

“We locked down when there were acute cash shortages. That’s still the case, and fuel queues are now longer than they were during the lockdown period,” he said.

While the focus has mostly shifted to the economy, health experts have warned that releasing lockdown restrictions will increase infections.

“This will lead to a trade-off in the equation of lockdown versus economy and deaths,” said Dr Solwayo Ngwenya, the clinical director of Mpilo Central hospital in Bulawayo.

“Now, that we have had local transmissions and people ignoring social-distancing measures in astonishing bravery against a killer they have no immunity, vaccine or treatment to is a tragedy.”

To date, 11,647 screenings and tests have been conducted in Zimbabwe, with 34 infections, four deaths and five recoveries recorded.