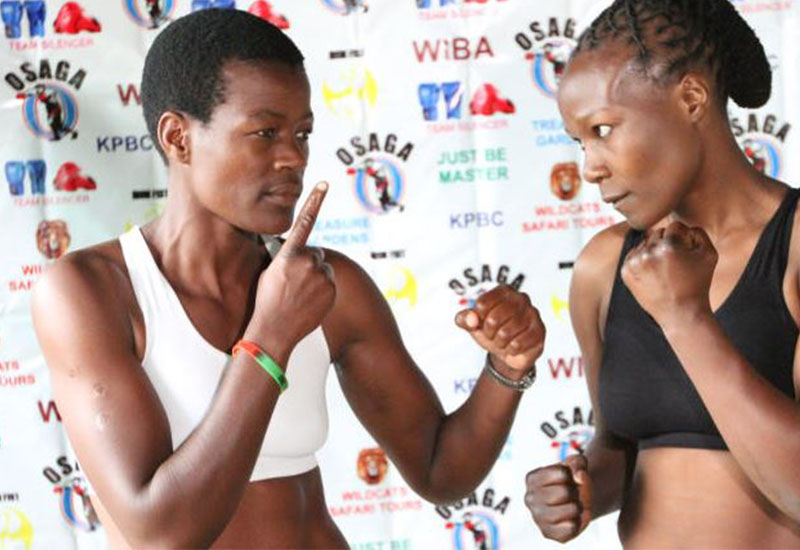 The 36 year-old Sibanda, who in 2005 made history by becoming the first professional female boxer in Zimbabwe scored  93-97,95-93 and 94-96 for the title in a fight dubbed “the final come down event” sanctioned by the Kenya Professional Boxing Commission (KPBC).

It was sweet revenge for Sibanda who lost to another Kenyan boxer Everlyn Odero on unanimous points to lose the vacant World Super lightweight title last year in Nairobi.

Sibanda, who is coached by former national champion Fernando “Shinga Chidzo” Tom, said she was delighted to finally get a breakthrough in her career after years of trying without success.

“After 25 years of being a stepping stone in the sport, I feel delighted with the win. The officiating was superb, I have no complains,” Sibanda said.

“I thank God for answering my prayers. I have been waiting for this opportunity for years. I salute Osaga Promotions under promoter Caleb Kuya for organising this historic and memorable event. I deserved to win and everybody saw the belt was going to Zimbabwe “said Sibanda.

Mombasa-based Awino, attributed her loss to lack of a sponsorship and bad luck.

“My opponent had a sponsor (Chicken Inn Restaurant) who took care of her preparations and accommodation. Nevertheless, I’m demanding a re-match here in Nairobi.

“She is a fighter but not a boxer. I didn’t see anything good with her. I have fought with better Kenya boxers than Sibanda. I controlled most of the rounds; I was scoring in all rounds. I can say I was robbed of my belt,” said a disappointed Awino.

Sibanda, became the first professional female boxer in Zimbabwe in 2005 after she defeated Zambian boxing queen Esther Phiri who went on to become a world champion, albeit with help from Sibanda.

Due to the country’s previous laws which prevented the Zimbabwe National Boxing and Wrestling Board of Control (ZNBWBC) from registering female boxers as professionals, Sibanda only got her professional license after the intervention of former Minister Webster Shamu.

After her win in Kenya, Sibanda’s record now stands at six wins and nine loses in 16 fights.