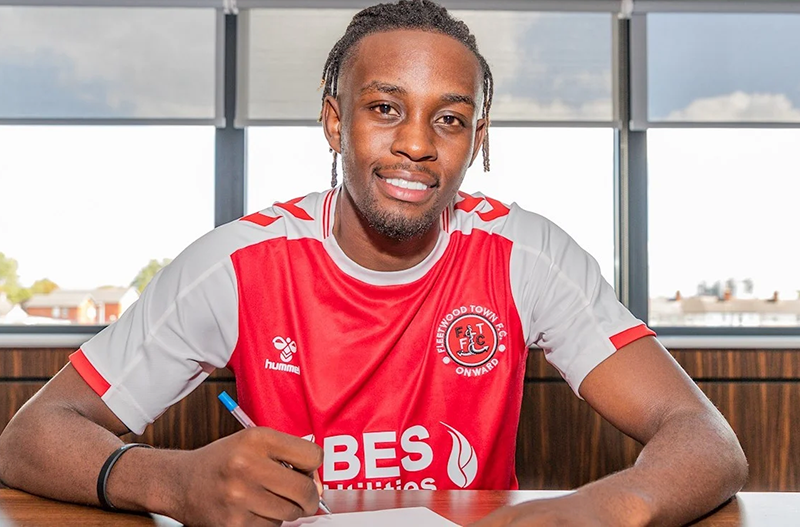 Forward Admiral Muskwe sat down with the club for his first interview after penning a season-long loan deal from Sky Bet Championship side Luton Town.

The 24-year-old brings international experience from his time with the Zimbabwe national team, and Championship knowhow after featuring in three games so far this season for the Hatters.

Muskwe is the second player to sign for Fleetwood on loan from Luton this window as he joins Carlos Mendes Gomes, who penned a season-long loan deal – much like Admiral – keeping him at the Club until the end of the 2022/23 season.

Here’s what Admiral had to say after signing on the dotted line:

On how the move came about…

“The interest has been building for a couple of weeks now, but my situation at Luton wasn’t clear until recently. They gave me the green light to go out on loan and this was the only place I was going.

“Having spoken to Joe [Riley] [Head of Recruitment] and the gaffer [Scott Brown], I was told all out the team, how the team plays and everything to do with the Club. They said I was the perfect fit to come in and help the team so adding me would only progress the team going forwards. 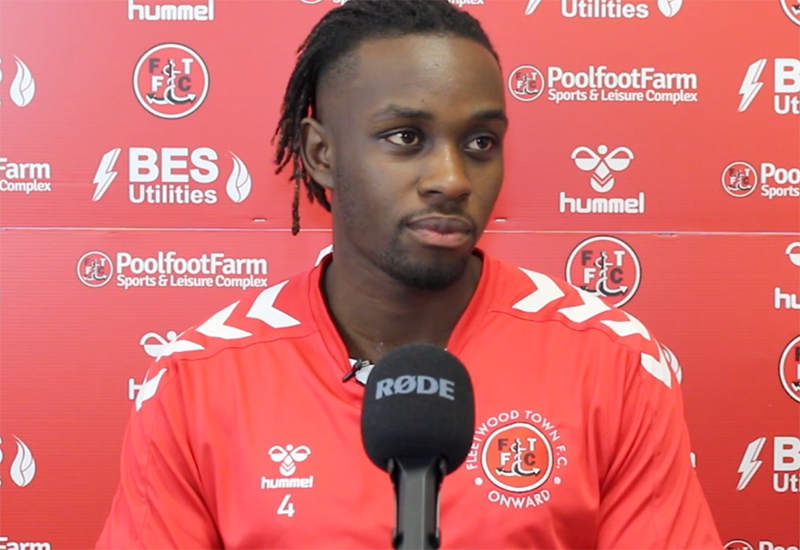 “As a player, you have to have the right conversations with the right people, which I did. I spoke to everyone I needed to, and it was obvious that this would be the best place for me to come and develop my career.”

On making the loan move from Luton to Fleetwood…

“Last year, as a Club, Luton did fantastic reaching the play-offs, but circumstances have changed this year which makes it a bit different. I’ve still played games this season, but I feel like I need continuity in my game, so I need to be playing every game, every week.

“That’s what I need to be doing at this stage of my career. I feel Fleetwood have offered me an opportunity for me to do this, so it was a no-brainer to come and join them. It’s a team with high aspirations and one that wants to do well so that’s the kind of environment any player wants to go into – hopefully we can showcase that over the coming weeks and months.

“I’m an attacking player, a number nine who can also play out wide, or in the 10 spot. I’m going to come and score goals for the Club and create chances – that’s what I’m here to do. I just want to play, get others involved, and try to turn a couple of the draws of late into wins.”

On knowing players already in the squad…

“I know Carlos [Mendes Gomes], Jak [Stolarczyk], and I grew up with Darnell [Johnson] so I spoke to all those guys, and they gave me great reports about the club, the staff, and the atmosphere. Once people who I hold in high regard give me positive opinions about the place, it made it an easy decision.

“Carlos has only said positive things about the place, and he would tell me the truth because we’ve got that relationship. I’ve been here less than 24 hours and that’s the vibe I am getting already.

“We’ve got that link-up play as he’s a wide man and I’m a centre forward who have been playing together over the last year, so we’ve got that chemistry and bond already. We’re good friends off the pitch as well so hopefully, we can translate that onto the pitch on match days for Fleetwood.”