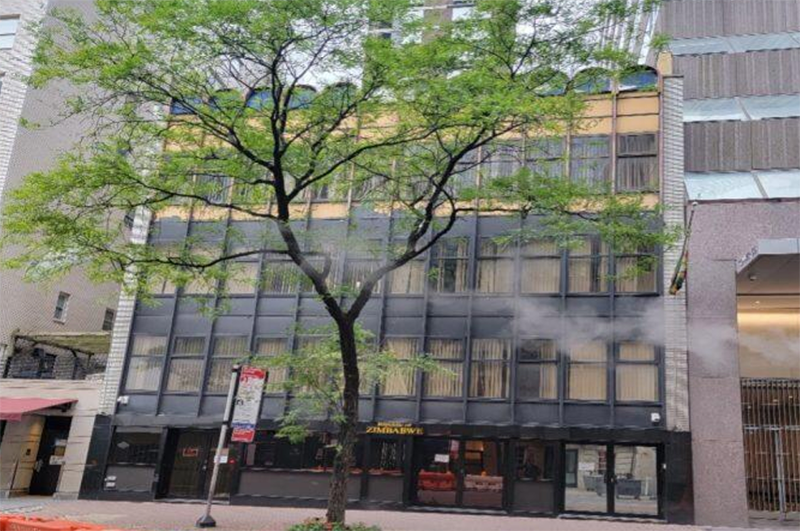 ZIMBABWE’S Permanent Mission to the United Nations (UN) in the United States (US) is set to demolish its chancery building in New York City to pave way for construction of a new structure.

The tendering process has since been kick-started with government inviting prospective contractors to express interest in taking up a contract to build the official residence in the City of Rye.

A tender notice flighted last week reads: “The Permanent Mission of Zimbabwe to the United Nations in New York, in collaboration with the Ministry of Local Government and Public Works of Zimbabwe, wishes to tender for the Expression of Interest for the selection of consultancy firms to provide architectural consultancy services to the Permanent Mission of Zimbabwe for the supervision of demolition, design and supervision of construction of the Chancery in Manhattan, New York, as well as the design and supervision of construction of the Official Residence in the City of Rye, New York.”

The Government of Zimbabwe (GoZ) owns properties in New York City and the City of Rye and is inviting local firms in New York with proven record to participate in the tenders.

Submission of tenders closes on August 5, 2022.

A spokesperson for the foreign affairs ministry had yet to respond to questions about the development submitted by newzimbabwe.com last week by the time of publishing.

However, the latest move by the Harare government is seen as an attempt to spruce up the country’s poor record of running aground and underfunding its foreign missions.

The foreign affairs ministry has a history of failing to maintain buildings, non-payment of rentals at leased premises, and failure to pay staff salaries and other ancillary services.

Parliament has oftentimes recommended the closure of some embassies due to under-funding that has seen some diplomats and embassy staff threatened with eviction for non-payment of rentals.

Immediate past chairman of the Parliamentary Portfolio Committee on Foreign Affairs, Kindness Paradza (Zanu PF) who was part of a delegation to Kuwait, is on record saying government should scale down the number of its embassies abroad.