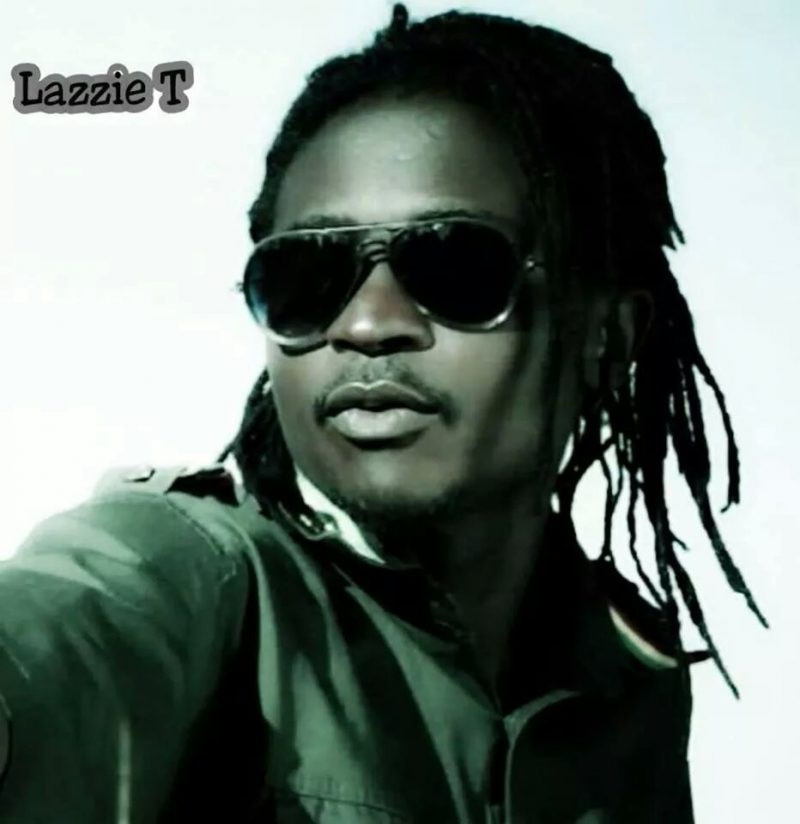 NOT many Gen Z (generation Z) would even know who Lucky Dube was but many of that age group in Zimbabwe today will definitely know Lazzie T.

Anointed as the reincarnation of Lucky Dube by Gen X’s and Gen Y’s, or Millennials who grew up to the sweet sound of South Africa’s reggae king.

Comparisons have inevitably been made between the two great artists and many will agree that Lazzie T has feet that perfectly fit into Lucky Dube’s shoes.

Interestingly, for those who do star signs the Zimbabwean born Lazzie T (real name Lazarus Tichaona Chapo) was born on 2 August and Lucky Dube on the 3 August both artists are members of the Leo zodiac signs.

On August 2, 1985, just five years after Zimbabwe become an independent nation state, a baby was born in Mufakose one of the ghetto townships of Harare a boy whose voice would become the voice of the voiceless uniting the ghetto youths and empowering them with conscious lyrics a music producer of note, a Zimbabwean whose art and skill would be heard all over the world.

Lazzie T. His proud parents knew he would be special even before he emitted his first bold vocals. (His middle name Tichaona simply translates to we will/shall see or looking forward with hope).

While all this was happening, somewhere across the Limpopo River in South Africa in that same year 1985, inspired by the likes of Peter Tosh, Bob Marley, and Jimmy Cliff. The man who would later inspire Lazzie T, the Great Lucky Dube gave up a successful career as a traditional Zulu Mbaqanga singer to pursue his Rastafarian beliefs and launch a career as a reggae artist.

The album Rastas Never Die, recorded against the wishes of his record company, was banned and consequently met with little success, but he rushed back into the studio and created Think About the Children almost in secrecy. It was an immediate success, eventually going gold. Lucky’s career as a reggae artist took root.

Fast forward and switch to Lazzie T, we learn from his biography that he released his first track a reggae song titled ‘Ruoko Rwenyu’ in 2005-06.

This was also the time in which he released his first music video as an independent artiste.

Lazzie T made it known that in 2007 he wanted a solo career and wanted to chart this new course in the music industry. He then produced an 8-track album titled ‘The Legend’ in 2007.

This album did not receive enough notice and was hardly played on any of the radio stations as most DJ’s at the time wanted to be bribed so they could play tracks on air.

Never one to give up without a fight Lazzie T went on to produce a hit song titled ‘Amai’ which catapulted him to success and limelight. Zimbabwe’s very own Lucky Dube was emerging.

In terms of looks, sound and voice similarities there is a lot going on indeed, Lazzie T is not ashamed to walk in the shoes of his model and icon.

Just like Lucky Dube’s voice, Lazzie T has a rich, buttery voice – capable of soaring through three octaves – and dynamic stage antics that can only be described as some manic Olympic marathoner… effortlessly, he will demonstrate his three-octave vocal range.

Slipping from his Peter Tosh-like mid-range to his shades of Smokey Robinson highs, the bass deep and feral, all the while jerking his waistline and toy-toyi-ing in a rhythmic reggae skank in vivid syncopation.

His music is resplendent in its intertwining of African musical forms – there are influences of (West African soca) with roots rock reggae and although Lazzie T does not like to be categorised with Zimdancehall the fingerprint and traces of that are unavailable in his works.

Lazzie T is one no doubt one of those rare artists in Zimbabwe who is able to combine supremely melodic songs with lyrical substance and his track titled (There is Corruption) articulates a present crisis and paints a perfect picture of the current situation in the battle to not only highlight corruption but fight it in not only Zimbabwe but across Africa and the world.
It’s not surprising, then, that this artist is compared to the legendary Lucky Dube.

Traditionally, reggae has been a music entrenched in social commentary. It’s fitting that Lazzie T, possibly the most popular and talented roots reggae artist, out of Warren Park, Harare, Zimbabwe, a country still undergoing a major democratic and economic crisis after more than 40 years of political independence.

Lazzie T continues through his conscience reggae to chronicle the struggles, hopes, and issues of not only Zimbabwe but Africa and the world at large through his music, keeping the fight for freedom in the minds and hearts of people all over the world.

As far as living legends go Zimbabwe has indeed got one amazing artist in the mould of Luck Dube, celebrate the legendary musical talent that is Lazzie T.