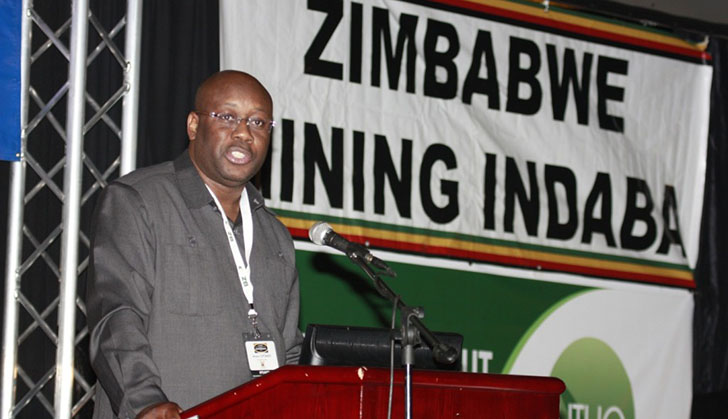 HARARE: Zimbabwe could double annual platinum production to more than 900,000 ounces in the next decade, making the metal the nation’s top export earner but current producers need $2.8 billion in new investment to do so, an industry association said on Friday.
The country holds the second largest known reserves of platinum after South Africa but mines have struggled with low prices, a black empowerment law forcing mines to sell more than 50 percent of the business to locals, and power shortages.
Zimbabwe Platinum Producers Association Chairman Winston Chitando told the annual meeting of the Chamber of Mines in the resort town of Victoria Falls that the industry needed new investment to raise annual production by existing producers from current levels of 458,000 ounces a year.
“With vast platinum reserves, the sector has potential to increase production by the current producers from about 13 tonnes (458,562 ounces) to 20 tonnes (705,479 ounces) by 2020 and to 26 tonnes (917,123 ounces) by 2025,” Chitando said.
Anglo American Platinum, Impala Platinum and Aquarius Platinum are the three companies currently operating platinum mines in Zimbabwe.
He did not comment on the separate Russian-backed project which was announced by the two governments 20 months ago for the joint development of the Darwendale mine which was projected to be producing up to 800,000 ounces a year by 2024.
Work on this project was still at the exploration stage, Zimbabwe’s mining minister told Reuters in March.
Indigenisation hurdle
Chitando said on Friday revenue from platinum, which is the third largest export earner after tobacco and gold, could become the biggest at $1.2 billion in the next four years if more money was invested.
“The industry requires around $2.8 billion over the next five years to ramp up and sustain operations. Bottlenecks that undermine capital inflows include clarity on indigenisation,” Chitando said.
Under the Indigenisation and Economic Empowerment Act, which was passed in 2008, foreign-owned businesses are required to sell at least 51 percent of their local operations to Zimbabwean investors.
But on April 12 President Robert Mugabe said the empowerment policy was confusing potential investors and made it hard to compete for foreign investment.Advertisement

Noah Matimba, chairman of Zimbabwe Gold Producers Association said at the Chamber of Mines meeting that an investment of $600 million into existing gold mines would raise production to 50 tonnes.
The mining chamber projects gold output at 24 tonnes this year, up from 18.7 tonnes in 2015. Gold producers say weak prices and electricity shortages and high tariffs are the biggest threat to producers.
Partson Mbiriri, the permanent secretary in the ministry of power and energy development, said the country would be self-sufficient in electricity generation by 2019 at the latest.
Zimbabwe’s power demand stands at 1,400 megawatts (MW) a day, while generating ranges from 1,000 MW to 1,200 MW. The deficit is met by imports from South Africa and Mozambique.