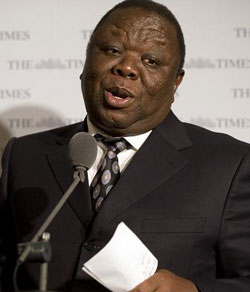 Introduction
In an insightful commentary on the current state of Zimbabwe politics, Joost Fontein writes about the prevalence of despondency in which a ‘new timescale of hope and aspiration’ has emerged ‘that makes both the present and any immediate future appear equally uninspiring.’ In many ways this resignation to the politics of the long haul reflects the loss of hope in an imminent alternative, which was the structure of feeling that fuelled the social imagination of opposition and civic politics from the late 1990’s until the complexities and complicities of the Global Political Agreement.
Underlying this politics of despair are a plethora of factors, ranging from the re-organisation of Zanu PF and its political machinery of patronage, coercion and electoral chicanery, to the massive dissipation of opposition energies in the context of large-scale changes in Zimbabwe’s social structure since the 1990’s.  The recent implosion in Zanu PF around the politics of succession have, moreover, provided further evidence of the pervasive mood of despair in Zimbabwe’s polity, even against the background of the ruling party’s purported victory and resurgence in the 2013 election.
International Context and Zimbabwe
In this discussion I want to concentrate on the broader international context in which Zimbabwean politics is being contested, because this provides a larger vista to gage the possibilities for new political alternatives to emerge. In October 2014 the EU lifted its 12-year restrictive measures on particular agencies in the Government of Zimbabwe under Article 96 of the Cotonou Agreement, although the measures against Mugabe, his wife and the supply of military equipment remained in place.
This position was slightly modified with Mugabe’s elevation to the Chair of the African Union in February 2015. Following this development the restrictions on Mugabe were revised allowing EU member states to grant exemptions, ‘where travel is justified on the grounds of urgent humanitarian need, or in exceptional cases on grounds of attending intergovernmental meetings and those promoted or hosted by the European Union’.
Following the lifting of most of the restrictive measures various EU trade delegations visited Zimbabwe as a further step towards the normalisation of relations between the two. Under this process of normalisation, EU assistance to the Government of Zimbabwe, though not through direct budget support, will be focused on three areas: improving health outcomes; support for economic development based on sustained agriculture; and institutional strengthening to consolidate the democratic process, peace and stability.Advertisement