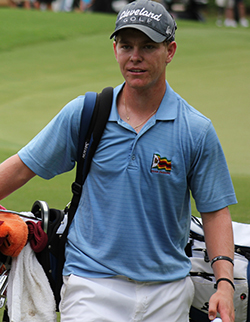 US-BASED Zimbabwean golfer, Scott Vincent, will make his PGA bow on Thursday looking “to enjoy the experience and not place too much pressure on himself”.
“That’s what everyone’s been telling me,” said the Virginia Polytechnic Institute and State University senior.
“Don’t set expectations too high and just soak every bit of what there is to soak in on the PGA Tour.”
Vincent will compete in the RBC Heritage Classic on April 16-20 at the Harbour Town Golf Links at Sea Pines Plantation in Hilton Head, South Carolina.
“I’m just here to learn,” he said. “Hopefully I’ll be back in a few years’ time.”
Vincent, a senior from Harare, earned an exemption into the tournament by winning the 2014 Players Amateur golf championship. He won the event last July by one stroke to secure his spot in the RBC Heritage.
The young golfer becomes the first active Virginia Tech golfer to compete in a PGA Tour-sponsored event since Drew Weaver played in the 2008 Masters.
“I just hope to play as best as I can,” Vincent said. “I’m looking at this as a great learning experience. I want to play on the PGA Tour in the future.”
The RBC Heritage Classic, traditionally held the weekend after the Masters, annually draws one of the top fields in professional golf.
Past champions include such notables as Arnold Palmer, Jack Nicklaus, Nick Faldo, Hale Irwin, Bernhard Langer, Johnny Miller, Greg Norman, Nick Price, Tom Watson and the late Payne Stewart.
There are a total of 15 golfers in this year’s field who have claimed major championships, including 2015 Masters champion, Jordan Spieth.
“Ultimately, this will be very motivating, playing on the biggest stage,” Vincent said.
“And I’m going to want to get back out on the course and play immediately.”