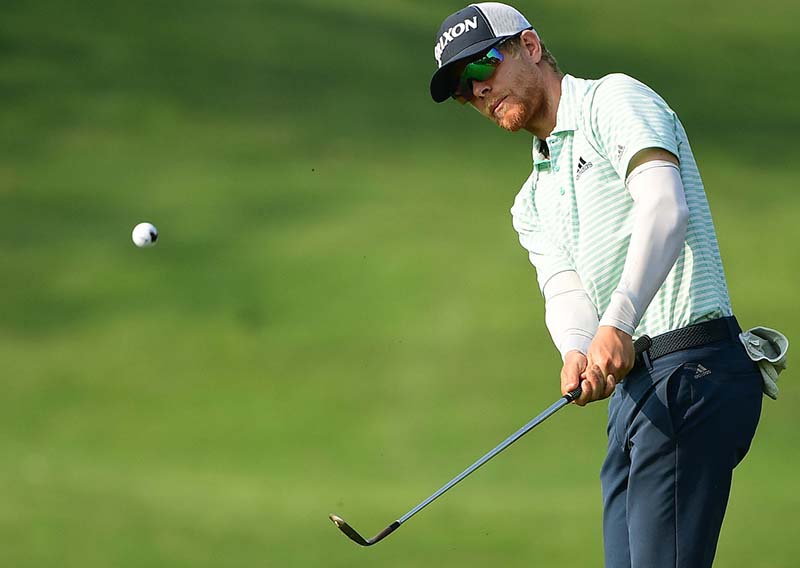 JAKARTA: South Africa’s Justin Harding carded a one-under-par 71 to secure his maiden Asian Tour victory at the final day of the Indonesia Open on Sunday.

The 32-year-old dropped two shots on holes seven and eight, but bounced back with two birdies and won with an 18-under-par 270 total at Jakarta’s Pondok Indah Golf Course.

Zimbabwe’s Scott Vincent pressured Harding early in the round after firing three consecutive birdies on the second, third and fourth hole. However Vincent lost the advantage after dropping three shots at the sixth, ninth and 10th, ending the week in second place.

“I’m thrilled with the victory. I came here not knowing what to expect. I’ve been playing nicely the whole year. I like the golf course and it was set up quite nicely for me,” Justin Harding said.

Harding took part in the $500,000 tournament as an invitee and will take up Asian Tour membership following his win.

Vincent’s performance Sunday was his fifth top-10 finish this year.

“I can’t be too disappointed with the result. I got off to a good start that put some pressure on him (Harding). At the end of the day he came through when it mattered,” the 26-year-old said.

Thailand’s Chapchai Nirat and United States’ Sihwan Kim shared third place after carding 68 and 69 respectively, while Gaganjeet Bhullar of India was one shot behind them in fifth.