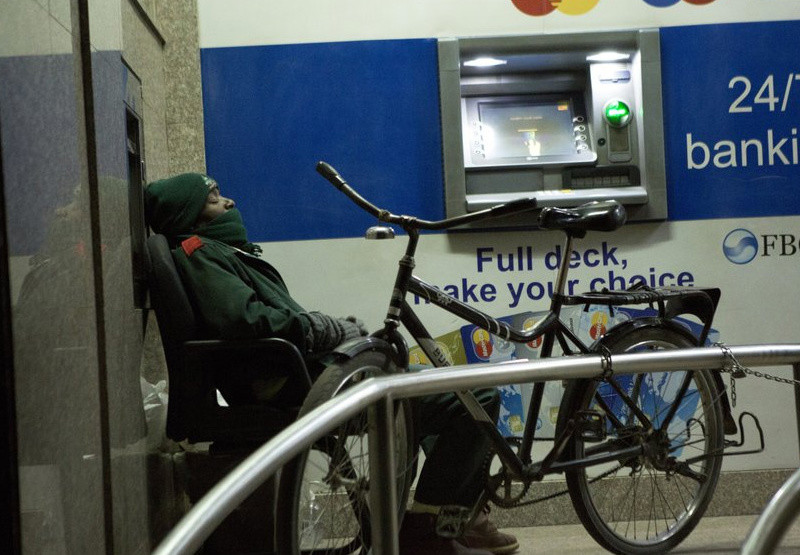 ONE says he constantly talks to the cash machine he guards — never mind that it can’t answer back. Another whiles away the time by staring at pictures of semi-nude women on the walls of a closed nightclub as he waits for rats and cats to come out and entertain him.

Security guards in Zimbabwe, often a derided and underpaid lot, are counting themselves as some of the few lucky ones to still hold jobs in a country where most economic activity has been shut down by a lockdown that started in March.

But many say they are now fearing for their mental stability, as the loneliness that comes with guarding empty, eerily quiet building complexes is taking its toll.

By 6 p.m., the time Patrick Runde starts his night shift, Harare is almost deserted and for the next 12 hours, he has no-one to talk to. In the past, he would count on the nightclub’s loud music and noisy patrons for the company, but now it is closed.

“The cats and rats are coming out more than before to search the empty bins for food. They have become my friends who keep me company at night,” he said.

“This is one of the loneliest jobs in the world,” said Patson Chimire, a guard at a shopping complex on the outskirts of the capital city. “We hardly hear any sounds of either traffic or some music coming from a nightclub. I end up talking to myself, or to things such as the ATM,” he said.

Others simply doze off as soon as they take up their posts, tired from cycling for up to 30 kilometers (19 miles) to work.

“People need security and we are there to protect them and their premises. With most people away from work, our jobs have become more essential,” said Chimire.

Despite the weariness and loneliness, Chimire said he is grateful to have employment with a regular income.

Unemployment is rife in Zimbabwe, where more than 60% of the country’s 14 million people work in the informal sector, selling goods on the street, trade that is banned under the coronavirus lockdown regulations. Huge numbers of people are struggling to put food on the table due to lack of income.

“A lot of people used to laugh at our job,” he said. “Now they wish they were like us.”