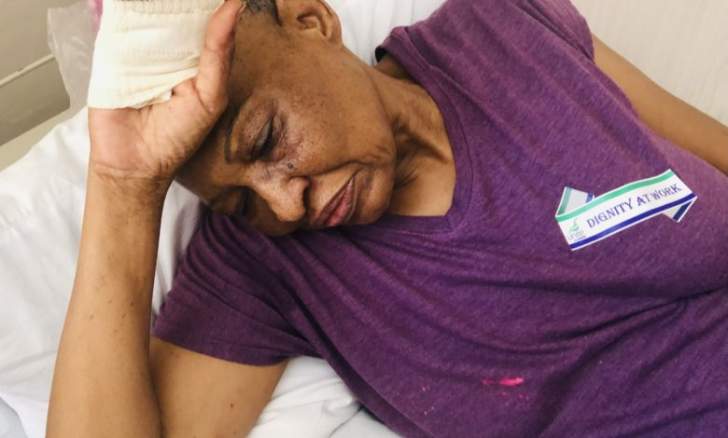 THE MDC Alliance president, Nelson Chamisa says the security situation and rule of law is deteriorating in Zimbabwe.

His statements follow the recent attack of MDC Alliance national chairperson Thabitha Khumalo at her Bulawayo home by unknown assailants.

The attackers also went away with Khumalo’s cellphones and a laptop.

However, Chamisa has called for the protection of Zimbabweans from further attacks adding the security situation in the country was deteriorating.

“The barbaric and cowardly attack on MDC Alliance national chairperson Thabitha Khumalo at her home in Bulawayo points to deteriorating security of persons, rule of law and the human rights situation in Zimbabwe. Zimbabwe must be safe for all who live in it!” he said.

“She is still in hospital and in great pain. Her family is doing all it can to take care of her. We want the police to hunt down these attackers so that we know who did this and why.” he said

The former Bulawayo East lawmaker said she was home alone last Saturday around 4 am when two men attacked her with a knobkerrie and a knife demanding to know “where is Thabitha Khumalo”, leaving her for dead.