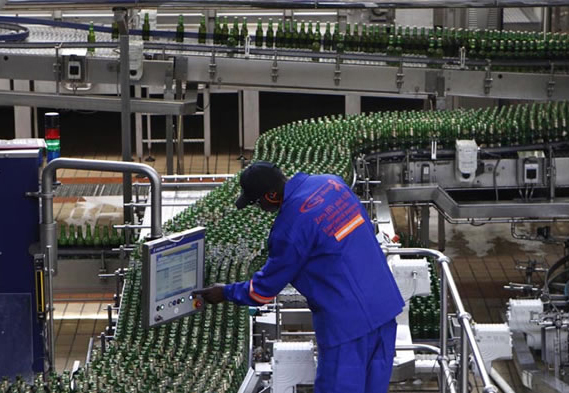 THE country’s sole glass manufacturer, Zimglass, is considering switching to gas technology to counter frequent power cuts that have hit its operations, an official has said.
Zimbabwe currently generates only half its peak electricity demand of 2,200MW and the rolling power cuts have decimated its industry, with capacity utilisation at around 30 percent according to government.
Acting Zimglass chief executive officer, Gilbert Tapfuma told The Source that power cuts were affecting its recovery efforts.
The Industrial Development Corporation owned firm, which was placed under judicial management in August last year, said it was not operational but sells scrap metal and soda ash to fund security operations.
“We are considering adopting gas fire furnaces to overcome electricity challenges which affect the quality of the glass we produce,” Tapfuma said.
The company requires $6 million to resuscitate operations and is currently on the hunt for an investor.
“The (transition to gas power) will however depend on an investor coming on board. This will also entail that we change the entire technology on the plant,” said Tapfuma.
Zimglass manufactures glass packaging for alcoholic and sparkling beverages and used to be a major supplier to Delta Corporation, Zimbabwe’s major beverage maker.Advertisement