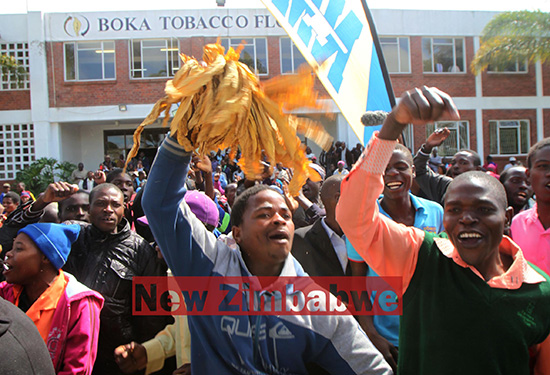 TOBACCO sales have fallen 14 percent in the 60 days of trade since the tobacco selling season started, the industry regulator has said.
The marketing season normally starts in mid-February opened late this year following delayed rains and late harvesting by farmers.
A report by the Tobacco Industry and Marketing (TIMB) shows that seasonal tobacco sales are down 14 percent at $413 million from $482 million sold last year after a similar period.
The total volume of tobacco sold so far at 140, 473,412 kg is seven percent less compared to 151,648,224 kg last season, with most of the crop coming from the contract farmers.
Only 39,084,527 kg has been sold through the auction floors where merchants were paying an average price of $2,48 per kilogram.
The average price for contracted tobacco is $3,12 per kilogram.
In 2014, total flue tobacco amounted to 216 million kilograms earning the country $684 million.
This year Zimbabwe projects lower output at around 195 million kg.Advertisement