HARARE: Zimbabwe, Africa’s biggest tobacco grower and one of the world’s top exporters of the nicotine leaf, has opened its selling season for the crop amid pledges to fight deforestation and child labour in response to pressure from rights groups, environmentalists and international buyers.

In recent years Zimbabwe has rapidly increased the size of its crop, regaining its spot as one of the world’s top five exporters of tobacco. It exported just over 200 million kilograms (220,000 tons) of tobacco in 2021, according to the Tobacco Industry Marketing Board.

This year’s crop is expected to be about 10% and 15% smaller due to unfavourable weather, according to one of the country’s biggest merchants TSL Limited.

Tobacco is one of Zimbabwe’s biggest earners of foreign currency alongside minerals such as gold and funds sent by Zimbabweans living outside the country. Tobacco earned Zimbabwe about $1.2 billion in exports last year and the government would like to see that increase “into a $5 billion industry by 2025,” Agriculture Minister Anxious Musuka said at the opening of the tobacco auction season at the end of March.

The government hopes to encourage an increase in the size of the tobacco crop to 300 million kilograms (330,000 tons) annually by providing more local funding to farmers, Musuka said.

With tobacco’s proven role in causing cancer, international marketers are urging Zimbabwe to avoid any other controversy by producing the crop in ways that don’t harm the environment or use child labor.

Most of Zimbabwe’s tobacco is exported to Asian countries, with China the largest single buyer.

China has been integral to Zimbabwe’s tobacco boom by establishing a grower contract system run by the state-owned China National Tobacco Corporation, the world’s biggest cigarette producer. Under the system, the firm loans seeds, fertilizers, food, and money for labour and wood to farmers, who in turn are obligated to sell their crop to the firm or its agents.

This massive shift away from large-scale commercial farming has changed who does the work producing the labour-intensive crop. The big white-owned commercial farms used to employ scores of full-time workers but now the small farms are mostly family operations that often rely on child labour, say rights activists.

Another problem is that many of the new smaller tobacco growers can’t afford the electricity or coal needed to cure the tobacco leaves so they cut down nearby trees, causing Zimbabwe’s forests to decline by about 15% to 20% annually in recent years, according to researchers.

Under international pressure, Zimbabwe’s tobacco industry is trying to reduce these problems, Meanwell Gudu, CEO of the tobacco marketing board, told The Associated Press.

“Many blue-chip companies who are our customers have developed a code that they refer to as the sustainable tobacco program. As a supplier we need to comply with that code, which lists deforestation and child labour as some of the undesirable practices,” Gudu said. 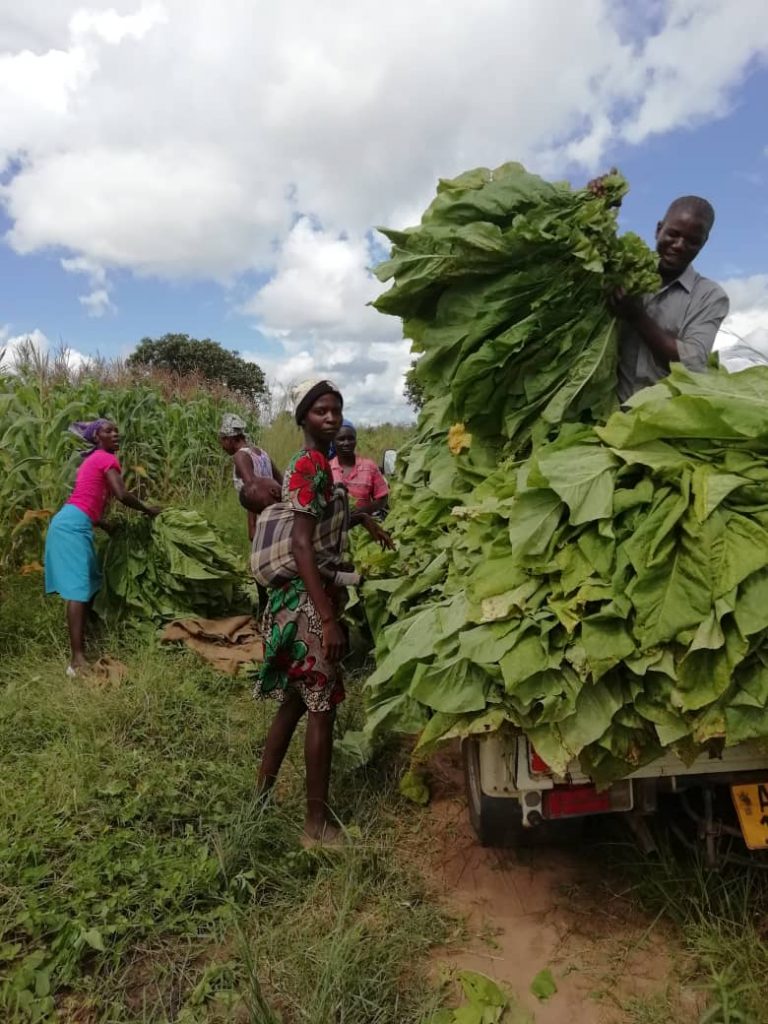 The country has been on “a blitz of afforestation” that includes farmers receiving tree seedlings to establish woodlots in their areas, claimed Gudu.

“We are planting a lot of trees so that we can be like our competitors. For example, if you look at Brazil, farmers there cure their tobacco from woodlots that they have established and not from indigenous trees … that’s what we want to do,” said Gudu.

Reducing the use of child labor could be a harder task because many families have been doing that for generations, some farmers said. Children as young as five work in the fields with their parents as part of their normal upbringing to help meet family costs, they said.

A 2018 report by Human Rights Watch stated that children on Zimbabwean tobacco farms “work in hazardous conditions, performing tasks that threaten their health and safety or interfere with their education.”

The report noted that “child workers are exposed to nicotine and toxic pesticides, and many suffer symptoms consistent with nicotine poisoning from handling tobacco leaves.”

Zimbabwean law sets the minimum age for employment at 16 while banning children under 18 “from performing hazardous work,” but does not specifically ban children from handling tobacco.

“I worked in the maize (corn) fields as a child. Everyone did that and there was nothing wrong because it is the norm,” said tobacco farmer Berrington Mupande, 37.

“However, I think the tobacco environment is too tough for children,” he said. “But we see people still working with their children or young relatives because they have no money to pay for labour.”