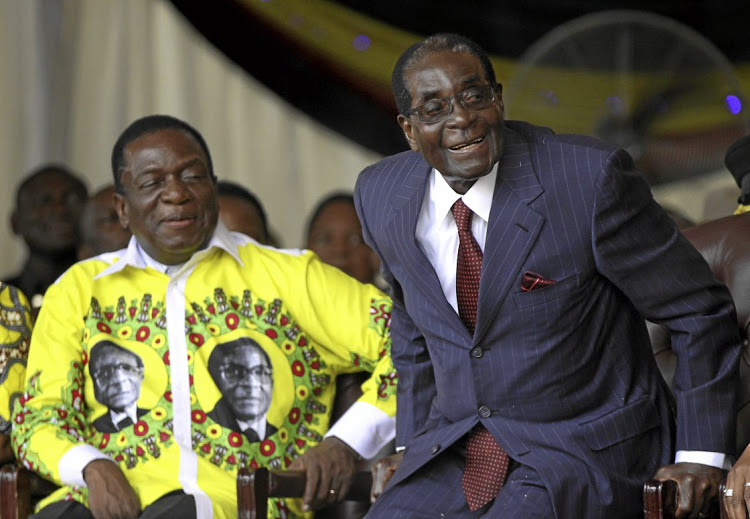 There was much jubilation in the streets as former President Robert Mugabe was removed from power in 2017 after 37 years of rule. Suddenly, in a moment of euphoria, images of citizens celebrating with army personnel were beamed around the world as if the role of the military in the suppression of their country had been swept aside.

The perception of the people on the street was clear: things were going to change for the better after years of rule that sought only to benefit those who were in power and the supporters who kept them there.

After more than a year, we are now witnessing a crisis unfolding in Zimbabwe, one that is neither new nor unexpected, but rather lurking and visible. The current protests over dire economic conditions have experienced violent crackdowns and internet blackouts implemented by a government in crisis.

Murder, rape, political violence and intimidation are among the many human rights abuses that the Zimbabwean security forces are inflicting on people. This crisis has been facilitated by a toxic culture of leadership where party politics, the military and the state have become so entwined, it is hard to distinguish between them. History shows us the unforgiving consequences of such an enterprise and has certainly repeated itself in the context of Zimbabwe.

After the coup, too many governments rushed to accept Mnangagwa as a reformer and largely ignored the nature of the coup itself. What it showed us was a deeply militarised state, entangled with party politics. While the factionalism in Zanu-PF is complex, they all attach legitimacy of their rule to the liberation movement and a militaristic sense of entitlement.

The coup showed us the relationship dynamics between public figures and those in the military who securitise their interests. These interests are simply the capture of public power and economic output while giving the impression of an incompetent government.

Perceived threats against these interests and subsequent violent crackdowns have been institutionalised by those in power and characterised almost 40 years of Zanu-PF rule.

The economic issues that Zimbabwe faces today are being exposed as the government loses more and more control over its structures. Commodity shortages, burdensome debts (internal debt now sitting at $9.5-billion USD), hyperinflation and government overspending are just some of the critical issues the country must grapple with, otherwise, economic collapse will be unavoidable.

President Mnangagwa promised to fix a dying economy after taking power but what followed was a series of directionless and bizarre decisions that merely added fuel to the fire, one of which is the announcement in October that US dollar bank accounts would be converted into a local bond note under the guise of addressing currency issues. This is perhaps not so bizarre but rather calculated with some Zimbabwean activists accusing the government of looting their savings.

Zimbabwean state institutions have been shown to play outside of official processes while benefiting the ruling political-military class objectives. Zanu-PF and the military have effectively defined the entire governing system and its relationship with its citizens, leading to non-existent social cohesion and little capacity to deliver basic services.

By defining the system, the ruling elite has secured financial interests in almost every economic output the country has to offer. One could even argue that they have perfected the game of public capture.

This ruling elite shows no indication of facilitating economic transformation or multi-party democracy. Instead, we see predatory shaping of societal structures for the purposes of power and personal wealth accumulation. This toxic form of governance cannot be reshaped or renegotiated. In fact, it must be dismantled to its core allowing for a new societal system and subsequent social and economic structures to be created.

The question is, how can this be achieved?

The first instinct will always be to push for elections: a new government could bring in sweeping changes to the political system while reforming economic and judicial structures. Unfortunately, previous electoral victories for the Movement for Democratic Change (MDC) back in 2008 showed us that Zanu-PF and the military will disregard democratic principles and crush any dissent in order to cling to power.

Elections in 2013 and 2018 were no different. Critically, if MDC won an electoral victory and did take power, what could they achieve? All societal structures have been built in Zanu PFs image so what hope would they have in pushing for reform. Elections cannot solve Zimbabwe’s problems in its current state.

The importance of conflict resolution through dialogue and mediation holds significance in the absence of fair elections. Recently, President Mnangagwa has opened a channel for dialogue but this seems little more than window dressing. Provided all parties take part in good faith, inclusive and positive dialogue can take place.

The 2008 Global Partnership Agreement (GPA) showed us that there could be some compromise but operating in good faith was largely absent, as Zanu-PF and the military had no intention of implementing change that endangered their interests.

While they were forced to the negotiating table due to similar circumstances we see unfolding today, ultimately the agreement saw more will for the appearance of political reform over the need for real economic and social change.

The 2008 GPA was also an agreement between members of the political elite (including opposition parties) and ignored other important stakeholders. Such a process must be widely inclusive and engage with all affected parties.

The Southern African Development Community (SADC) and South Africa took part in mediating the 2008 agreement with Zimbabwean political parties. Quiet diplomacy may have helped shaped the GPA but there is no indication that it will reap positive returns in the long-run for Zimbabwe.

It may yield positive outcomes in the short term, but it also suggests trust in the ruling party’s ability to gradually relinquish power. A trust that would be largely misplaced.

What quiet diplomacy truly achieves is stability, or enough stability so that it doesn’t affect your own domestic security. In the case of South Africa, the concern of large influxes of Zimbabwean economic migrants and/or refugees is not unwarranted. We must take these concerns into account when engaging in dialogue or concerted action.

If true dialogue is to take place, regional and international players must approach this with caution. More importantly, they must approach it with frankness, transparency and strength. For SADC and South Africa, the long-term goal is a prosperous and integrated region. Zanu-PF and the Zimbabwean military are hampering this and continuously break SADC principles and objectives, under Articles 4 and 5 respectively.

Currently, SADC and its members appear reluctant to intervene. This must change and treaty obligations must be upheld. SADC can impose sanctions as granted under Article 23 if a member “persistently fails, without good reason, to fulfil obligations assumed under this treaty” or/and “implements policies which undermine the principles and objectives of SADC”.

Targeted sanctions, travel restrictions, asset seizures are among the possible options that member states can implement. If the political will is there, these options should be used if Zanu-PF continues to operate in a manner that undermines any dialogue or transitional process.

The legal framework is there to gain leverage over Zanu-PF and the military during any dialogue process. It’s time SADC nations stop ignoring their treaty obligations and begin to have honest conversations about what is impeding peaceful and sustainable economic development in the region.

Inclusive dialogue can set out a path for meaningful change, but it will not be without its challenges, particularly if you have threatened one side’s financial livelihoods. The complexity of such a task cannot be underestimated.

The system that Zanu-PF and the military have built is inundated with conflicts of interest which must be understood completely if there are to be any concrete resolutions. We must first understand the system if it is to be dismantled, which means everything must be on the table, from de-militarisation to economic deconstruction and reconstruction.

Present-day human rights violations in Zimbabwe show the ruling party’s complete disregard for life as well as a complete unawareness of their own corruption. This should be met with absolute condemnation and action. In the face of these abuses, South Africa and SADC have the mandate and capacity to force Zanu-PF and the Zimbabwean military to the negotiating table.

Finding the balance between strength and compromise will be difficult but they cannot be unyielding in the ultimate goal of dismantling the system that was built in the liberation movement’s image. Only then can a new social contract develop, and real nation-building begin.

Cormac Smith is a Research and Advocacy Officer at the Southern African Liaison Office (SALO). He writes in his personal capacity.