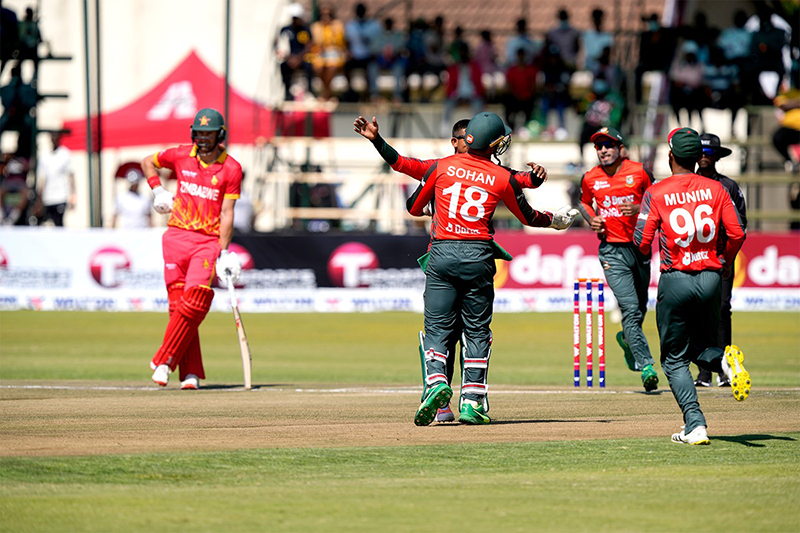 ZIMBABWE suffered their first loss under new head coach Dave Houghton after succumbing to a seven-wicket victory against Bangladesh in the second Twenty20 International (T20I) at Harare Sports Club on Sunday.

After Zimbabwe won the first match of the series on Saturday, the latest result meant Bangladesh levelled the series 1-1 to set up what should be an entertaining series decider at the same venue on Tuesday.

Prior to Sunday’s encounter, the Zimbabwe team had won their last six successive T20-Is since the appointment of Dave Houghton as the new national team head coach with five victories coming in the ICC T20 World Cup qualifiers.

Houghton’s perfect run however, finally came to an end as Bangladesh restricted the Zimbabwe side to 135 for eight before reaching the winning target for the loss of just three wickets and with 15 balls remaining.

Earlier, Zimbabwe’s captain Craig Ervine won the toss and elected to bat first but the decision did not pay dividends as Bangladesh all-rounder Mosaddek Hossain took a remarkable five wickets for just 20 runs in his four overs. 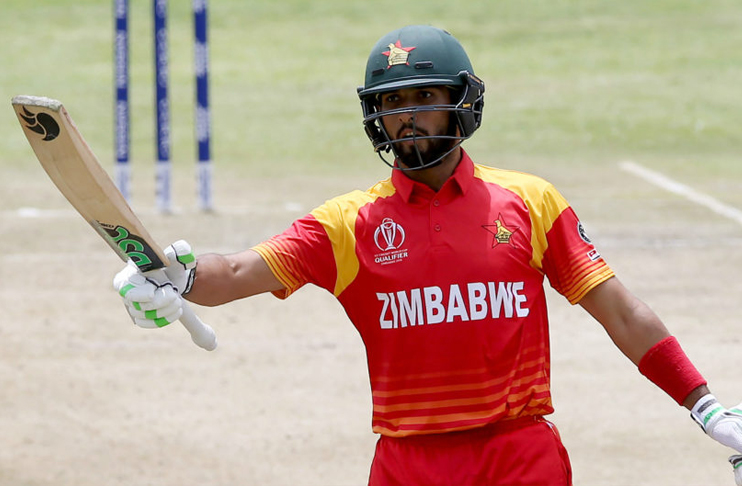 Hossain’s magical spell saw him becoming the first off-spinner from Bangladesh to bag a five-wicket haul in T20Is ensuring the hosts did not get off to the perfect start with Regis Chakabva (0) and Wessley Madhevere (4) both perishing in the first over to his bowling.

He returned the very next over to claim the big wicket of the Zimbabwe captain Ervine, who was dismissed for a single while Sean Williams managed just eight runs.

Sikandar Raza, who smashed a match-winning 65 off 25 in the first T20I, ensured the hosts were able to get a respectable score after top scoring with 62 off 53 balls.

Desperate to level the series, Bangladesh never looked like they would miss out on the opportunity.

Opening batsman, Liton Das top scored for the visitors with a fiery knock of 56 runs from 36 balls as he ensured Bangladesh kept the pressure on the hosts despite Munim Shahriar’s dismissal by Richard Ngarava for just seven runs in the fifth over.

After the loss of the wickets of Das and Anamul Haque (16) in quick succession in the ninth and 10th overs, the pair of Afif Hossain (30) and Najmul Hossain (19) ensured that further wickets did not fall for the tourists as they notched a 55-run unbroken standoff 48 deliveries to steer their team to victory with 15 deliveries to spare.