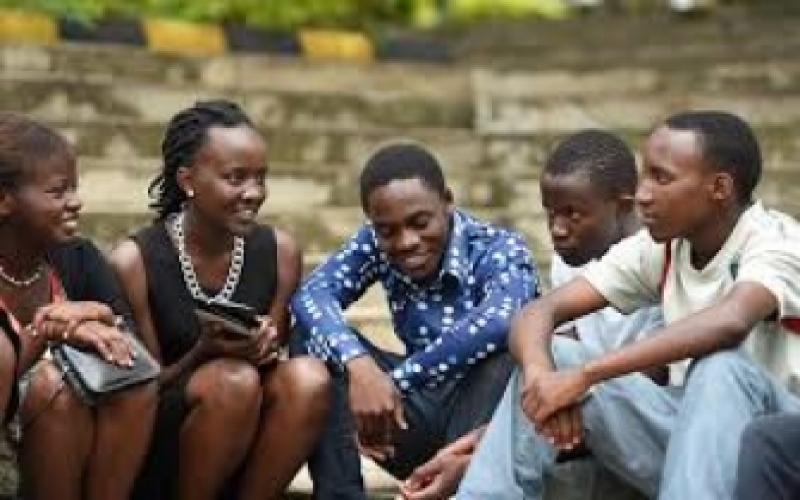 Christmas and New Year’s no longer matter to 29-year-old Raymond Mutavara, a jobless Zimbabwean university graduate, because he has more pressing things on his mind.

“For the past six years, I have grappled with economic challenges, living on my own. My parents live in a rural area, and I have to make sure I send something for them there, and therefore, even if it’s Christmas or New Year’s, I have to sell my things to make money,” Mutavara told Anadolu Agency.

He said he graduated with a national certificate in marketing from Harare Polytechnic College six years ago.

But like millions of other graduates, Mutavara has never been lucky enough to land a job, and for him, celebrating Christmas or New Year’s is “worthless” because he has no means to do that.

According to the Zimbabwe Congress of Trade Unions (ZCTU), the country’s biggest trade union organization, more than 90% of the country’s approximately 14 million people are unemployed.

Another thorn in the side of many Zimbabwean youths like Mutavara is inflation, which is hovering above 300% according to statistics from the International Monetary Fund (IMF).

But even as this hurts Zimbabweans — particularly youths like Mutavara, who have to bear the brunt of joblessness — Christmas and New Year’s festivities have over the years been joyous events here. But not anymore.

Across the globe, in countries where Christianity holds sway, millions if not billions of Christians celebrate the birth of Jesus Christ every year on Dec. 25.

Then on Jan. 1, the world, including Zimbabwe, celebrates the beginning of a new year.

Christmas and New Year’s are commemorated with drinking, feasting, dancing and reunions with friends and relatives in countries like Zimbabwe. But for many like Mutavara, that is no longer the case.

“I have no money to do that. I have no time for that because I have to be busy looking for money to meet my basic needs. I have to pay my monthly rent where I stay, and if I waste the little earnings that I get every day on those two days of feasting, where will I go without paying rent?” he said.

Mutavara said he also has to be up and about in his search for money to feed himself besides those depending on him, although he is not yet married.

During this year’s Christmas celebrations, for instance, in the capital Harare’s central business district, youths lined up their wares along popular First Street, touting for customers who apparently proved hard to get.

“It’s business as usual. If you sleep, saying it’s Christmas, nobody will give you money tomorrow,” 31-year old Linda Munemo, a vendor who sold baby clothes spread on a mat on the ground at the Copacabana bus station in the capital, told Anadolu Agency.

This means youths like Mutavara and Munemo are no exception in the face of famine as well, a situation many like them say has forced them to lose sight of Christmas and New Year’s.

This year, the UN World Food Program (WFP) estimated that around 5.5 million Zimbabweans in both rural and urban areas would require food aid amid a debilitating drought that has hit the nation.

Shops and supermarkets have turned into no-go areas for poor Zimbabweans because of the biting cost of living. For instance, just 10 kilograms of mealie-meal costs over 100 Zimbabwean dollars, or approximately US$6.

Mealie-meal is made from ground maize, sorghum or millet in Zimbabwe and is used to prepare sadza, a thick porridge — the country’s staple food.

Amid Zimbabwe’s fading Christmas and New Year’s euphoria, civil society leaders like Claris Madhuku have equally seen nothing worth celebrating.

“Young people are correct — they can’t celebrate Christmas or New Year’s these days because most of them are poor and living from hand to mouth,” Madhuku, who heads a civil society organization called the Platform for Youth Development, told Anadolu Agency.

Yet as poverty reigns supreme in Zimbabwe, robbing many like Mutavara and Munemo’s joy during festivities like Christmas and New Year’s, for independent economists like Marshall Hove, who has an economics degree from the University of Zimbabwe, even worse days may be ahead as long as Zimbabwe does not address the economic fundamentals of its own economy.

To trade union activists like Zivaishe Zhou, at this rate of economic decay, very soon, people will completely stop celebrating anything.