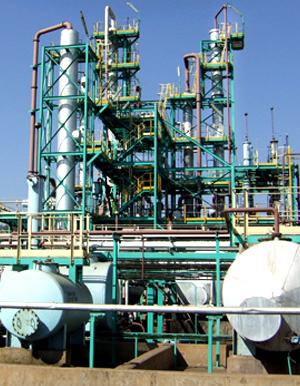 STRUGGLING chemical products manufacturer, Zimchem Refineries, has fired its top management team to cut costs, in a development that has been welcomed by workers.
The Redcliff-based company retrenched the trio of Acting Chief Executive Officer (CEO) Ngonidzaishe Moyo, production manager Aaron Chamboko as well as finance and administration manager Isaiah Banda.
“The board chairman Mr. A Chigodora came to the company and announced that the Acting CEO, the production manager and the finance and administration manager had been retrenched with immediate effect,” a source close to the developments told this publication.
“They are currently serving their three months’ notice at home though they were given some of their outstanding benefits.”
Tendai Shoko is now acting general manager after the position of CEO was scrapped.
Established in the early 1990s and sited within the Ziscosteel complex, ZimChem produces refined benzol, benzene, and coal tar, mainly using by-products from the now collapsed steelmaker.
Workers said ZimChem has been operating at about 20 percent capacity after being adversely impacted by the collapse of Ziscosteel which used to provide 75 percent of the chemical company’s raw materials.
With a workforce now reduced to less than hundred, excluding students on industrial placement, the company has been struggling to streamline its operations.
Meanwhile, employees welcomed the departure of the management team.
“The top managers been awarding themselves huge perks at a time the company is struggling with serious challenges,” said one worker.
“Whilst the lowest paid worker is getting $200 in salaries per month, some senior managers have been getting up to $30,000 excluding allowances.
“In addition to their hefty salaries, management has been getting 200 litres of monthly fuel allowances and $50 airtime amongst other fringe benefits.”
Another disgruntled employee said the decision by the board of directors was long overdue.
“The move to retrench these guys was long overdue. We are expecting that, going forward, we are going to witness some changes.”Advertisement