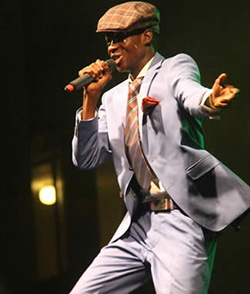 TEN top artistes from both the ZimDancehall and Urban grooves genres are set to ignite the United Kingdom on a three-city tour scheduled for May.
The three-day ‘UK Tour Summer Fiesta’ tour will see the crème de la crème of both genres mashing up London on the 1st of May.
After that they travel to Birmingham the following day for the second show, with the last event scheduled for Manchester on May 3.
Organised by Digitalone International, the line-up includes multiple award winning ZimDancehall artistes such as Tocky Vibes, the controversial Soul Jah Love and the local Dancehall igwee Winky D.
Lady Squanda, known as the ZimDancehall queen, Jay C, Shinsoman, Freeman and Soul Jah Love’s spouse Bounty Lisa will also be performing on the tour.
The best of the urban grooves cast that is melodious Trevor Dongo and soulful Enock Guni popularly known as Nox will also perform alongside the ZimDancehall artistes.
Interestingly, this is not the first time that most of the artistes on the bill will be touring the UK with Tocky Vibes who left many drooling for more recently.
Speaking with Trevor Dongo on what the fans should expect for the tour, the talented male vocalist said he will be promoting his latest album.
“This is my opportunity to promote ‘Two steps to go’ and fans will get to familiarise with the songs on the album,” he said.
The organisers said the tour seeks to put Zimbabwean talent on the global stage.
“Our expectation as Digitalone International is to highlight and showcase the talent from our Zimbabwe, not only focusing on dancehall but urban grooves too.
“We wish to create an atmosphere for all to enjoy and at the same time give a platform for the artists,” said a spokesperson.
Digitalone added that all ten artists have confirmed their commitment to the tour.
Nox ft. Souljah Love – Takafitana