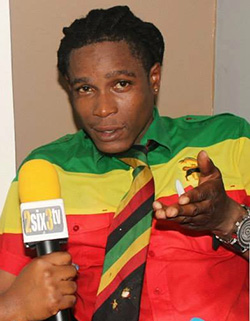 THE UK is set to be swamped by top Zimbabwean artists for this year’s Summer Fiesta over the May Bank Holiday weekend.
Promoters, DigitalOne Int. confirmed the exciting line-up for the shows.
“It’s confirmed that the nationally renowned ZimDancehall artists; Winky D, SoulJah Love, Shinsoman, Tocky Vibes, Freeman, Bounty Lisa and their Urban Grooves counterparts Nox, Trevor Dongo and Jay C will perform during this year’s Summer Fiesta.
The artists will be live in concert on the 1st, 2nd and 3rd of May 2015 in London, Birmingham and Manchester respectively.
“We are thrilled to confirm that all the artists have acquired the necessary travel documents and they will be homing into the UK on Wednesday for the shows,” said DigitalOne Int spokesperson.
He added: “We assure all music fans in the UK that they will experience top notch performances from the most sought-after artists in Zimbabwe today.”
Speaking on behalf of the artists Trevor Dongo said, “We are all incredibly upbeat and raring to go.”
From his South African base, Nox added: “I am ready and the raring to go. My fans should expect nothing less than treading on untrodden ground of entertainment.”