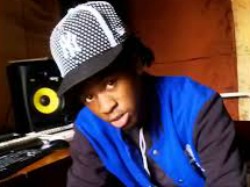 ZIMDANCEHALL artist, Eddylino has bemoaned the use of vulgar lyrics in the genre, saying it discouraged other listeners who might otherwise enjoy the music.
The Pamba pe N’anga hit maker said Zimdancehall musicians must come up with educative lyrics that appeal to people of all ages if they wanted the music genre to grow and gain appreciation from a wide cross-section of listeners.
“We need to concentrate on edutainment, instead of dissing each and using explicit lyrics which do not add value to our music. There is no point in dissing other musicians because we are one people and need to work together to advance Zimdancehall,” he said.
A number of Zimdancehall artists use inappropriate language in their songs, which makes it impossible to listen to in a home environment.
Eddylino said as a sign of unity, Zimdancehall artists like himself, Ricky Fire, Kinah, She Calaz, Jah Signal, Chigogodera, Jerry B and others will launch a new Riddim titles “New Members Riddim” in honour of Dzivarasekwa businessman, “Boss Kamba” whose New Members Club hosts different  Zimdancehall artists every weekend.
“The Riddim, which is produced by Cashlips, will be launched on 18 March. I will also be launching my 12 tracks singles collection album around that time and fans must brace for the best there is in Zimdancehall,” Eddylino said.
He said the singles collection was produced by himself and three other producers, Bigyards, Cashlips, and Chilspot.
Eddylino will feature Ras Pombi on one of the songs, titled “Tadzoka in full force”
The 30 year old musician said he would love to have a live band but was currently hamstrung by cash problems. He said Zimdancehall had become the favorite music genre for more than 70 percent of the listening public.Advertisement