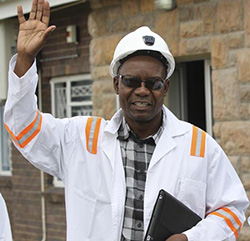 THE Special Court for Income Tax Appeals has ruled that platinum miner Zimplats must pay additional profit tax incurred in the last 10 years to 2014, ending the long running dispute, the company reported on Thursday.
The miner, a unit of South Africa’s Impala Platinum Holdings was challenging the Zimbabwe Revenue Authority (Zimra) which had imposed an additional profits tax (APT) bill and a penalty on income tax.
Zimplats chief executive Alex Mhembere said in an announcement to Australian Stock Exchange (ASX) that the court had dismissed the application on March 13, compelling the platinum miner to meet its obligations.
“The Presiding Judge dismissed the operating subsidiary’s appeal and ruled that the deduction of an assessed loss carried forward from a previous year of assessment is not an allowable deduction for the purposes of calculating APT,” Mhembere said.
“The effect of the judgment is that Zimbabwe Platinum Mines (Private) Limited will have an additional liability for APT for the period 1 July 2004 to 31 December 2014.”
The company had for years been appealing against the $26 million APT liability on the basis that it was not liable to the tax in terms of an agreement entered into with the Zimbabwean government.
The company reported in its half-year to December 31, 2014 financials that the High Court of Zimbabwe had in January this year ruled in its favour in another case involving a dispute it had with ZIMRA over which mining royalty rates were applicable to the operating subsidiary.
“The effect of that judgment is that the operating subsidiary overpaid royalties in respect of the period between 2004 and 2014,” Mhembere said.
The operating subsidiary is engaging ZIMRA on the financial impact of the judgments and the modalities of giving effect to them, he added.Advertisement