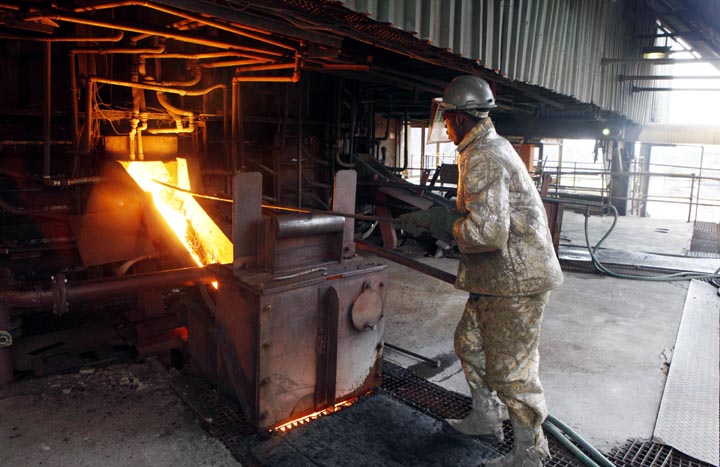 THE country’s largest platinum miner Zimplats on Friday reported a loss after royalties of $1, 7 million in the quarter to December from a profit of $5, 9 million previously.
Revenue fell 11 percent to $96, 3 million on reduced sales and falling commodity prices.  Platinum, Palladium, Gold and Rhodium (4E) sales volume were down two percent.
Tonnes milled dropped by seven percent to 1, 5 million tonnes while 4E metal in concentrate also declined similarly to 126,000 ounces.
Cash cost per 4E ounce increased by two percent to $620 from the previous quarter largely due to lower production volumes.
Operating costs at $99, 8 million were marginally higher from $99, 3 million in the previous quarter.
Overall, 4E head grade increased by one percent from the previous quarter due to better grade performance at Bimha and Mupfuti mines.
Insurance proceeds of $4.2 million were confirmed as receivable in respect of the partial collapse of Bimha Mine in 2014.
Zimplats, owned by South Africa’s Impala Platinum Holdings (Implats),  said re-development of the mine was on schedule to reach full production in April 2018 as planned.Advertisement