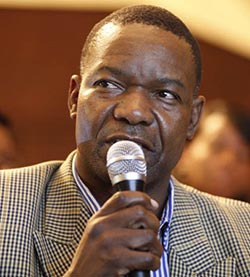 HARARE: Zimbabwe’s largest platinum miner, Zimplats on Tuesday said it had transferred 10 percent of its equity to its employees for $95 million.
Government approved the plan in September, 2015 as part of a 2013 agreement to sell a majority stake to local black investors for $971 million to meet black ownership targets set by President Robert Mugabe under the law.
Last year, President Mugabe in a policy document softened the indigenisation demands set in the Indigenization and Empowerment Act of 2008, allowing foreign miners to keep controlling stakes in their local units in exchange if they retain 75 percent of their earnings in Zimbabwe, including procurement. But the law is yet to be amended to reflect the change to a law.
“Zimplats wishes to announce that its operating subsidiary, Zimbabwe Platinum Mines (Private) Limited, has concluded a transaction in terms of which it has issued a 10 percent equity stake to the Zimplats Employee Share Ownership Trust,” chief executive Alex Mhembere said in statement on Tuesday.
The ESOT was established in Zimbabwe and its beneficiaries are the permanent employees, excluding the executive directors and the company secretary.
“The subscription price payable by the ESOT for the 10 percent equity stake is $95 million which has been vendor financed through a loan advanced by the operating subsidiary to the ESOT. The ESOT will repay the loan from dividends declared by the operating subsidiary.” added Mhembere.Advertisement