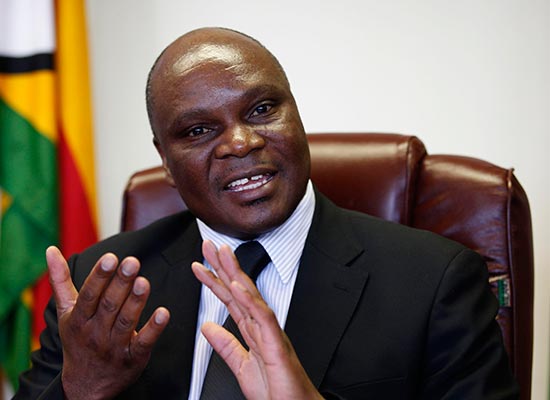 ZIMBABWE will move ahead with plans to seize control of “idle” mining ground, a move that has affected Zimplats which has until 13 February to launch an objection. Other companies affected, ZimAlloys and Zimasco, have now given up half of their mineral claims to the government.
This adds to other uncertainties mining companies are facing in Zimbabwe such as requirements that they build refineries and sell majority shares to black Zimbabwean groups.
Zimplats said last week that it had until February 13 to launch an objection to the government’s fresh bid to take over its land claims amounting to about 28,000 hectares. This constitutes half of Zimplats’ mining claims in Zimbabwe.
Busi Chindove, spokesperson for Zimplats, would not comment on the course of action the company intends to pursue after the fresh gazetting of President Robert Mugabe’s land take-over bid, saying there was “no further comment” on the issue.
However, sources in Zimbabwe said the company was preparing an objection. The issue has been before the Administrative Court in Harare, but the government has opted to re-gazette the takeover of the land claims.
“An objection to the plans is still an option Zimplats will pursue while there are also other options such as laying out future plans for the mining ground,” said one mining industry source.
Zimplats said this week in its December quarter trading update that it continued to engage the government. “The operating subsidiary has 30 days from 13 January 2017 to lodge an objection to the proposed compulsory acquisition,” it said.
It has also subsequently said that it has concluded a transaction to transfer about 10% control in the company to employees under an Employee Share Ownership Trust in pursuit of indigenisation compliance.
The subscription price payable by the ESOT for the 10% equity stake has been set at $95m. Zimplats has had to provide vendor financing to enable the ESOT – which will repay the loan from dividends declared by the company – to acquire the stake.
Zimbabwe is also enforcing the land takeover policy in the chrome sector, with mines minister, Walter Chidakwa, saying last week that the “mining ground that Zimasco and ZimAlloys have is too big”. He charged that the two companies will not be able to utilise the claims in the next 50 years.Advertisement

“We are expecting that ZimAlloys will release its claims to the government. They are not objecting, but are saying that the ground that we are giving you has a lot of chrome so they want to give less than the 50% we want,” said Chidakwa.
Zimasco has already surrendered 21,270 hectares of land claims to the government, said Chidakwa. In January, ZimAlloys invited bids for companies to invest in its operations although the invitation would not constitute the takeover of the company, according to its judicial manager.
The mining ground surrendered will now be allocated to small scale miners, chrome smelting companies while about 7,000 hectares will be reserved for potential investors in steel manufacturing plants in the country.