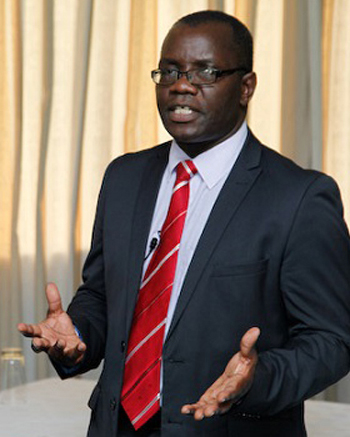 STRUGGLING agro-industrial group Zimplow Holdings has shuffled its top leadership, appointing Mark Hullet as its chief executive, taking over from Zondi Kumwenda who leaves the group at the end of the year.
The company announced the changes Wednesday, ending a turbulent three-year period that has seen its value slashed by nearly 90 percent.
Zimplow also appointed Thomas Chataika, a chartered accountant, as new board chair from November 26 following the retirement of Zivanayi ‘Zed’ Rusike, who led the company since 2010.
Zimplow said Kumwenda was leaving to pursue other business interests, in particular “ministry work.”
“The board is pleased to announce the appointment of Mark David Hullet as group Chief Executive Officer with effect from 1 January 2016. Mark has extensive experience in both the agricultural and mining sectors which are the key central sectors to the group’s business,” the company said in a notice Wednesday.
Previously, Hullet was chief operating officer at TSL Limited, a listed holding company with interests in Industrial warehousing and logistics, agricultural inputs as well as tobacco exports.
Kumwenda is credited with spearheading the company’s transformation from an animal drawn agriculture equipment maker to a mechanised agricultural and mining conglomerate having joined the firm, firstly as managing director of its flagship Mealie Brand, then as chief executive of Zimplow and finally as group CE of Zimplow Holdings after the take-over of Tractive Power Holdings which it acquired from the central bank’s Finance Trust in 2012.
The TPH deal saw Zimplow become the largest distributor of high tech farming and mining equipment, supplying an array of popular brands through its subsidiaries, Barzem, Farmec, Northmec, Mealie Brand and C.T. Bolts.
Analysts said Zimplow overstretched its means to acquire total control of TPH and that its management did not foresee a slowdown in revenue growth as a result of the underperforming agricultural and construction industries along with softening mineral prices internationally. These resulted in a sharp decline in demand for heavy machinery, aggravated by the absence of asset purchase finance meant that high restructuring and finance costs plunged the group from a profitable entity to the current loss-maker.
Zimplow’s market capitalisation at the time of acquiring TPH was $25 million while that of TPH was $15 million. The group was valued at $4,71 million after trading on Wednesday, having shed 69 percent of its value since the start of the year. Its share price closed at two cents from a high of 8,5 cents.Advertisement

However, group has struggled in recent times, with the firm’s loss position worsening to $1,85 million in the half-year to June compared to the $1,73 million registered over the same period last year after a poor agriculture season ate into its bottomline. Revenue in the period declined by 11 percent to $11,9 million compared to $13,3 million last year.
Early this year, its $5 million rights issue — designed to reduce its crippling short-term debt accrued from financing the group’s acquisition of Tractive Power Holdings in 2012 — had a 40,53 percent subscription, with the underwriter, Mauritian incorporated firm Sino Properties to buy the remainder.
The deal also made Sino Properties the majority shareholder in Zimplow with a 61.67 percent stake. Other major shareholders include Kencor Holdings with 15.05 percent and Stanbic Nominees with 10.12 percent.