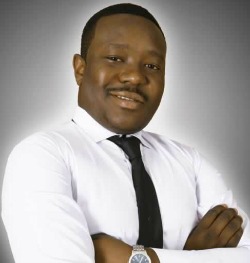 ZIMBABWEAN gospel music choir Zimpraise is about to “sing their faces off” in the international arena.
The popular choir known for their track ‘Sungano’ caught the attention of UK-based Muyiwa Olarewaju during their tour in Australia.
Zimpraise CEO, Joseph Madziyire, confirmed that Olarewaju, together with other Nigerian gospel musicians, fell in love with the ‘cream de le cream’ choir and invited them for collaboration.
“They’re great singers, they can sing their faces off – and they’re going to be joining Olarewaju for some studio sessions,” said Madziyire.
He added: “We had two successful concerts so far, in Sydney and the second in Brisbane.
“Despite the fact that no Zimbabwean had performed in Brisbane for over 7 years, we managed to sell out the whole venue and attracted an audience of over a thousand.”
Madziyire said the popular choir had two sessions, one with golden oldies and the other with the new songs.
“Their music moves as much as any western singer in Africa, also we’re up to planning a very special event,” he added.
“Zimpraise is well-known all over the world and to give you some sort of concept, their music moves the globe,” boasted Madziyire.
Over the years, the group has captured the hearts of Africans, selling countless albums and has dominated scenes in the arts and music arena.
Zimpraise is made up of Christian musicians from different backgrounds and denominations. It has also launched the careers of some remarkable gospel stars including Ntokozo Mbambo, Nqubeko Mbatha and Mahalia Buchanan.
Advertisement