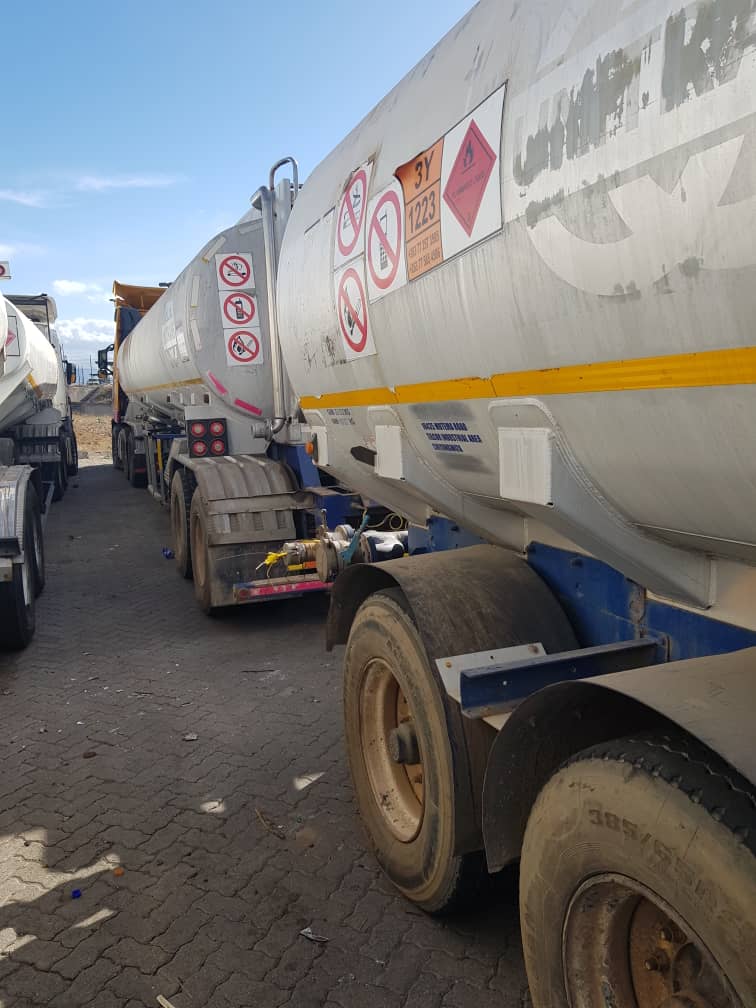 THE Zimbabwe Revenue Authority (Zimra) busted an organised fuel trafficking syndicate after intercepting cross border trucks to smuggling a total of 130 656 litres of fuel into the country.

The fuel which was being transported by three haulage trucks has a local market value of approximately US$154 000.

According to a statement issued by the tax collector on Tuesday, during the period from July 17 to 23, the tankers had declared fuel at Forbes Border Post in Mutare destined for Zambia.

They were intercepted at Chirundu One Stop Border Post where it was discovered that they were all loaded with water, upon physical inspections, instead of fuel as per the declarations made at Forbes.

“The three fuel tankers were flagged for physical inspection and with the assistance of police, two drivers were arrested and have already appeared in court. The driver of the third tanker is still at large as he disappeared during the physical inspection of the vehicle. The Authority is currently capacitating the intelligence management unit and will continue leveraging on technology and data matching to fish out fuel smugglers,” Zimra’s head corporate communications, Francis Chimanda. said in a statement Tiesday.

The arrested drivers for the two fuel tankers – Godfrey Nyamukondiwa and Joseph Guveya – appeared in court on Monday where they were granted ZWL$30 000 bail each.

They are set to reappear in court on August 24.

It has been established that the clearing agent involved in the alleged smuggling racket has been recommended for suspension until the duty due for the fuel has been secured.

Zimra indicated that intelligence at hand points to possible connivance between transporters and their drivers as well as some unscrupulous agents.

“The smugglers off-load and sell the fuel in Zimbabwe. Thereafter they load the trucks with water and proceed to Chirundu for the acquittal process. Once acquitted, they enter Zambia where they drain the water and buy cheaper fuel for delivery to their customers. This ensures that they make a hefty profit in Zimbabwe since they would have brought the fuel into Zimbabwe duty-free,” Chimanda said.

Transit shipment of fuel occurs when transporters ship fuel from outside Zimbabwe, which passes through the country in transit to another country.

The fuel is not subjected to duty as it is not for local consumption.

In a bid to combat cases of fuel smuggling, Zimra introduced security measures where the fuel trucks are sealed at the port of entry, which are subsequently are removed at exit point after the acquittal process.

The sealed trucks are monitored by Zimra via the Electronic Cargo Tracking System (ECTS). A US$2 000 fine is issued to any trucks that change depart from their stipulated routes while a higher penalty is issued if the seal is tampered with.