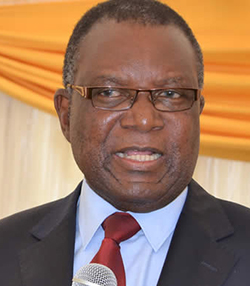 MUTARE: Local authorities have accused tax collector, the Zimbabwe Revenue Authority (Zimra) of pouncing on council funds meant for road rehabilitation.
The local authorities have come under fire over allegations that they were diverting road maintenance funds disbursed by the Zimbabwe National Roads Authority (Zinara) to pay off debts, salaries and allowances.
Mutasa Rural District Council (RDC) chief executive officer Edward Pise told The Source that councils were not abusing the funds, which were being garnished by the tax collector.
He pleaded for immunity from the tax collector’s garnishee orders. This, he argued, would allow authorities to utilize the funds for road rehabilitation and maintenance.
“We understand that the country is facing economic challenges and in need of revenue but our problem is that as councils, Zimra is garnishing our accounts. They are garnishing our accounts as soon as Zinara disburses funds for roads. This has become a huge challenge,”Pise said.
“If this continues unresolved, we would be unable to attend to the roads that the funds are meant for. So we are pleading with the Minister (of Transport) to engage his counterparts in government so that Zinara funds are immune to garnishee orders.”
Transport Minister Joram Gumbo acknowledged the development, indicating that Zinara itself has had funds seized by the tax collector.
Gumbo said his ministry was engagin Treasury to resolve the matter.
“Yes, we are aware of that challenge and it has been raised by other councils across the country. So we have tasked our Permanent Secretary to engage with the Finance Minister.
“Zinara itself was also garnished and huge sums of money were taken. And we had to plead with the Finance Ministry. So right now the issue of councils is still being discussed, it will be resolved once the Minister if back in office,” Gumbo said.
Gumbo argued that it was retrogressive for Zimra to garnish Zinara funds and advised local authorities to open separate accounts that are solely meant for road funds.
He added that the accounts will be immune to garnish orders, once the inter-ministerial talks have been completed.
Zinara disburses annual allocations to the four road authorities, namely Department of Roads, District Development Fund (DDF), rural district councils (RDCs) and urban councils.Advertisement