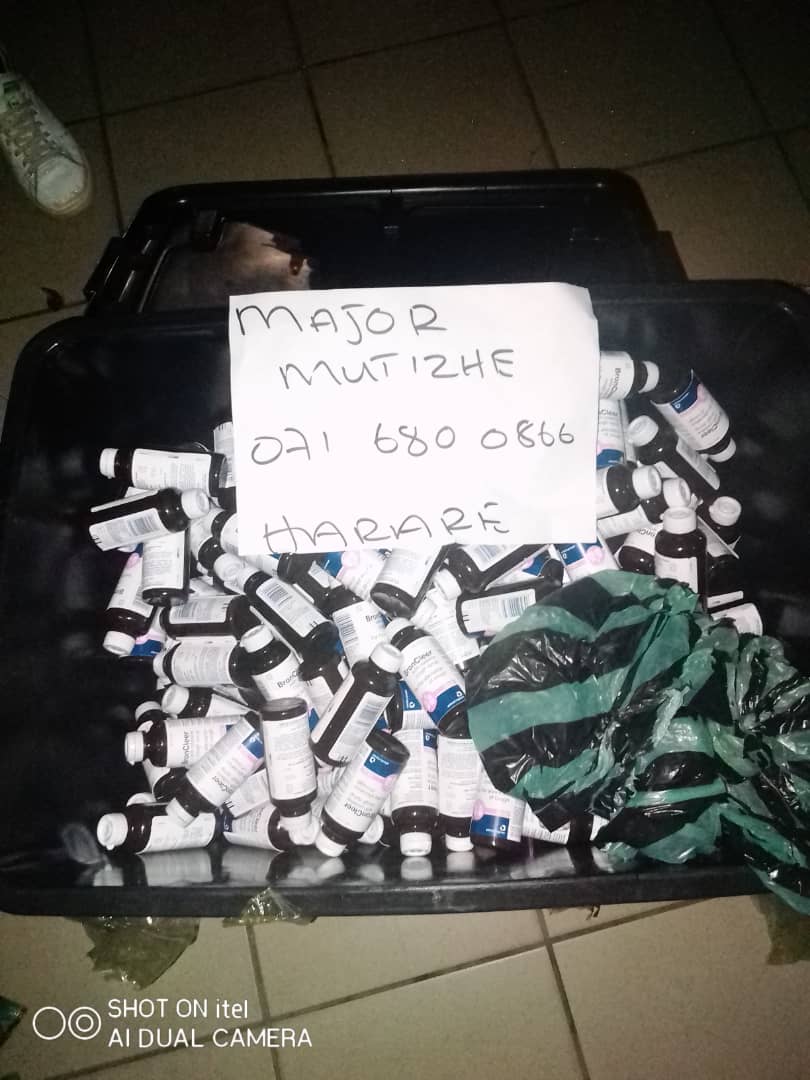 One of the packets of drugs addressed to a high ranking army official, Major Mutizhe. Mutizhe however denies any knowledge of the consignment.
Spread This News

The “unaccompanied” consignment was recovered from a Harare-bound Proliner bus.

The neatly-packed Bron Cleer bottles were sealed in expensive plastic designer packaging boxes, but were not claimed when discovered.

A customs sniffer dog picked the boxes in the large heap of imports that had been offloaded from the bus for physical examination.

“The dog was in a master show, whisking its tail and panting as it jumped over other goods to sniff out the boxes,” a passenger said.

“The boxes were changed their positions when it was briefly removed from the scene, but on its second visit the dog picked the same boxes,” the passenger added. When the boxes were opened, labels showing their destination were neatly written.

Major Mutizhe yesterday confirmed receiving numerous calls in relation to the consignment, but denied any knowledge of its origins.

“I have received so many calls from the police, intelligence personnel and many other people about the consignment which I don’t know about,” Mutizhe said. He said the development disturbed him since he had no relative in South Africa.

Shilla Nyamakobva, whose number was labelled as C Chirara, said she did not know anything about the contraband.

“I don’t even know how they got my number. I don’t know anyone there in Beitbridge and have never been in that trade,” she said.

The other people addressed as recipients of the illicit consignment were not reachable for comment.

The three-member bus crew was eventually arrested and taken to court on Saturday.

They were each released on $20 000 bail with stingent reporting conditions. They are expected back in court after two weeks.