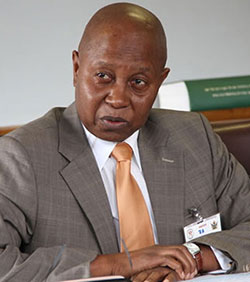 THE Government on Wednesday came to the defence of the Zimbabwe Revenue Authority (Zimra) in Parliament as the tax collector was accused of suffocating local industry through punitive levies and penalties.
The tax agency, which collects over 98 percent of government’s revenue, came under attack from Zanu PF party parliamentarian Daniel Shumba for punishing an already struggling local industry through penalties for defaulting on tax obligations.
Zimra is government’s only source of funding after donor support dried up over a decade ago due to a fallout with western donors, has warned of declining revenues as a result of declining economic activity but remains under pressure to improve collections to enable the state to pay salaries among other functions.
Shumba said local industry must be given breathing space as it was struggling to get funding.
“We are not saying industry must not pay taxes, there is nothing wrong with industry paying taxes,” he said, adding Zimra was charging struggling local firms “unreasonably high taxes and penalties for defaulting on payments.”
“We should not kill the cow that we are milking,” he added.
But deputy finance minister Samuel Undenge came to Zimra’s defence saying it was the institution’s mandate to collect tax and use all means possible to recover funds from defaulters.
“If you do not pay your tax, Zimra is bound to take some action,” Undenge said. “It is not the aim of Zimra to shut down industry; its aim is to collect what is due to government.”
Undenge said the revenue collector was flexible and allowed companies to make arrangements to settle their obligations at a later stage.
Zimra has already said there was an increase in defaults as companies are struggling to stay afloat.
Commissioner-general Gershem Pasi last week said other government agencies also tasked with collecting levies and fines, the police and the Zimbabwe National Road Authority (Zinara), must account for their collections and direct them to state coffers.
Members of Parliament demanded that such organisations must produce audited statements on how much they were collecting in levies and fines.
But Undenge said producing audited statements would take time as there was “due process” to be followed.Advertisement