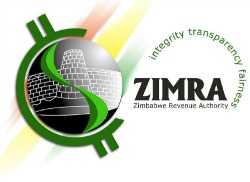 A HIGH Court judge has said the legislature granted the Zimbabwe Revenue Authority (ZIMRA) wide-ranging and draconian powers, which the revenue collector is using to interfere with people’s rights to property through high tax demands.
Justice Joseph Mafusire said this in a judgment passed last month in which a private company; Main Road Motors and one Sylvia Choruwa, were challenging a decision ZIMRA made last year, ordering all companies and individuals who imported vehicles between January 2014 and June 2016 to approach ZIMRA and get proper clearances.
In its notice then, ZIMRA said it wanted to regularise the clearance for those found to have brought vehicles into the country contrary to applicable laws.
In response to ZIMRA’s call, on 28 and 29 November 2016, Main Road Motors and Choruwa approached revenue collector and were informed that their luxury vehicles imported from South Africa, had been under-declared.
Main Road Motors had imported a Toyota Fortuner in November 2015 and paid $5 121,07 as duty. However, after it went for re-evaluation it was ordered to pay another $11 201,26.
Choruwa who imported a Toyota Land Cruiser Prado on 21 March 2016 and paid $20,800 as duty was ordered by Zimra to top up another $7 941,55.
Through their lawyers, Mutendi, Mudisi and Shumba, Main Road Motors and Choruwa, challenged ZIMRA’s intention to embargo their vehicles.
However, in its defence in court, ZIMRA said post-clearance audits were authorised by s 223A of the Customs and Excise Act. The revelation by ZIMRA resulted in the lawyers being rebuked by the judge for not keeping abreast with legislative changes.
ZIMRA also queried why Main Road Motors and Choruwa decided to wait until 1 February 2017 to launch their urgent chamber applications when it had written letters to them in November 2016 and had flighted advertisements since June 2016.
The revenue collector said that this did not show that they had treated their matters with the urgency that they claimed they deserved.
However, although Justice Mafusire dismissed the application, he said if s 223A of the Customs and Excise Act remained unchallenged constitutionally, the real dispute between ZIMRA and; Main Road Motors and Choruwa would remain unresolved and an exercise in futility.Advertisement

“The point is: If ZIMRA’s powers under s 223A of the Customs and Excise Act remained unchallenged, then the real dispute between the parties will remain unresolved,” Justice Mafusire said.
“The legislature granted it (ZIMRA) wide-ranging powers that, on the face of it, enables (ZIMRA) to interfere with the people’s rights to property.
“As such, it must be expected that legal suits will continuously pour down on its desk as people try to cushion themselves against the effect of its draconian powers.”