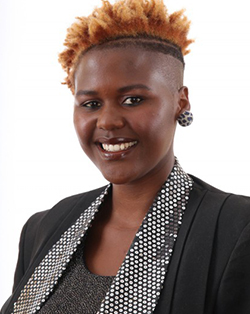 BUTTERFLY, real name Tariro Mharapara, has been chosen to represent Zimbabwe at the Big Brother Africa Hotshots season 9.
The 24-year-old Butterphly who grew up in Harare will fill the big shoe left behind by Pokello who featured on last year’s version except that she does not have a relationship in mind.
The well spoken Butterphly has strategised to bring “oxygen” to the house as she works her way to try to win that 300,000 dollars prize money.
She said she would be going into the house to be herself and intends to be perfect for Africa.
Among the three things Butterphly said she will not do in the house are: backstabbing, sex, fight in front of the camera.
She hopes to be your next best friend! Newzimbabwe.com will bring you all the latest Big Brother Africa updates.Advertisement