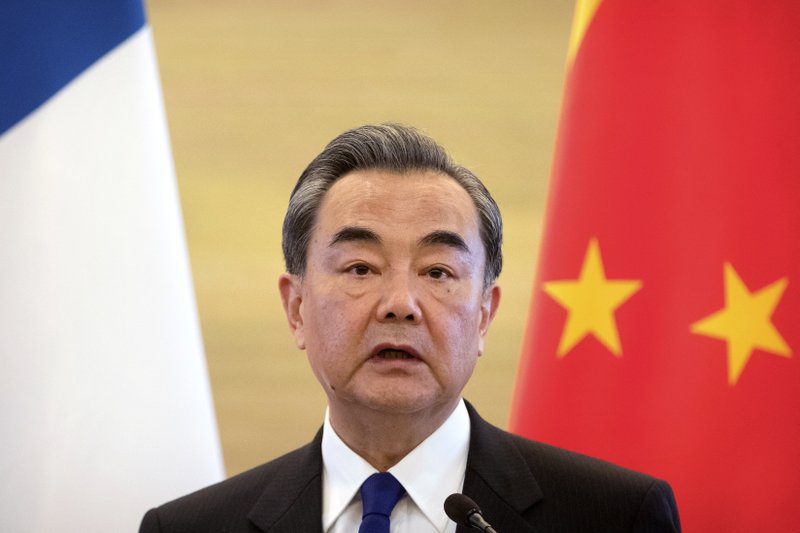 China’s foreign minister arrived in Zimbabwe on Saturday as part of a five-nation tour of Africa to promote the Asian giant’s economic and political interests on the continent.

Wang Yi is set to visit a Zimbabwe tobacco farm and meet President Emmerson Mnangagwa, who will suspend his three-week annual leave to meet the Chinese leader.

China’s foreign minister often makes an African tour at the beginning of the year to emphasise the importance that Beijing places on the continent.

Like in much of Africa, China has a strong presence in Zimbabwe, with investments spanning from energy to agriculture, mining and trade in wildlife. With Zimbabwe’s economy in a downward spiral, some analysts say that Wang will, behind closed doors, urge Zimbabwean leaders to improve the country’s economic performance and honour their debt repayments to China.

Zimbabwe’s long-standing ties with China increased in 2003 when it adopted a “Look East” policy after Western countries imposed sanctions.

Since then, China has become Zimbabwe’s biggest source of foreign direct investment and has ties to Zimbabwe’s military, including the construction of a military university on the outskirts of the capital, Harare.

China has also increasingly broadened its ties to include the construction of a new parliament building estimated to cost more than US$100 million. It also provides humanitarian assistance such as donations of rice and other food items as well as technical assistance during natural disasters.

China’s growing involvement has been criticised by Zimbabwe’s opposition and others for allegedly exploiting local workers and the country’s natural resources.

China has invested billions of dollars in major construction projects in Africa such as roads, railways and stadiums, for which many countries have accumulated large debts. In return, some African countries have given China access to natural resources, such as minerals.

China has also protected some of Africa’s repressive rulers from international sanctions at the United Nations. China’s investments often come without demands for safeguards against corruption, waste and environmental damage, making them attractive to African leaders.

China’s outreach to Africa aims to build trade, investment and political ties with a continent often seen as overlooked by the United States and other Western nations. It has included many African countries in its so-called Belt and Road Initiative that aims to invest in infrastructure projects to boost trade.

On his tour through Africa, Wang has already visited Egypt where he promised to help the country combat extremist violence and grow its economy.

Wang also visited geographically strategic Djibouti in the Horn of Africa. Djibouti is the site of China’s first overseas military base and home to the US’ only permanent military base in Africa.

In Eritrea he is pledging support for a project to build roads in the country that is largely isolated from the rest of the world.

Wang is also scheduled to visit Burundi where President Pierre Nkurunziza, under pressure for alleged human rights abuses, has previously described China as “a best friend”. Burundi is the beneficiary of Chinese assistance in areas such as education and construction of a state house. China is involved in the country’s energy and agriculture.