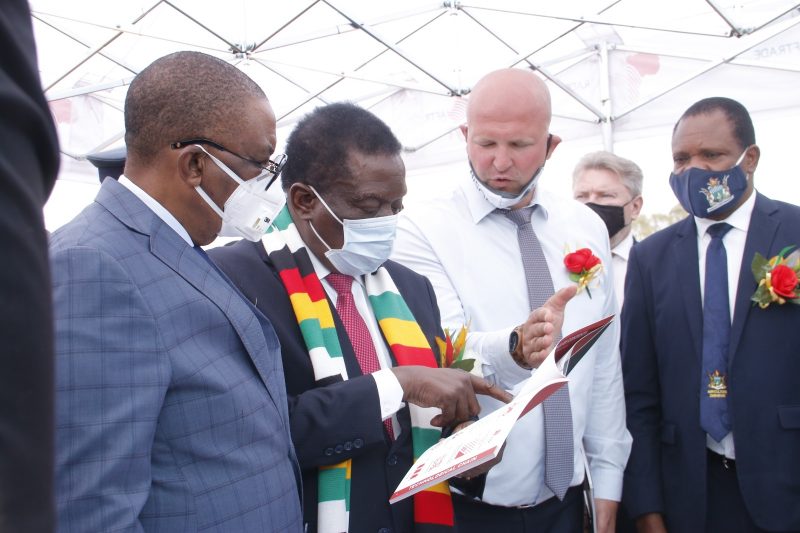 ALEXANDER Zingman, who is reported in some sections of the media to be Zimbabwe’s honorary consul to Belarus, was this week arrested in Lubumbashi, Democratic Republic of Congo (DRC).

According reports, the businessman also has links to Belarus strongman Alexander Lukashenko

According to his company – Aftrade – he was arrested with colleague Oleg Vodchits, a Belarusian citizen and Italian businessman Paolo Persico.

Zingman holds a diplomatic passport and Aftrade is a company that distributes agricultural and mining equipment mainly in Africa.

However, NewZimbabwe.com could not confirm whether Zingman was linked to Zimbabwe as its honorary consul.

Contacted for comment, Ministry of Information secretary Nick Mangwana said he was not aware.

“I am not aware of this piece of information,” the government spokesperson said in terse response.

However, Zingman has been photographed many times with President Emmerson Mnangagwa.

Mnangagwa on one of the tractors that Zimbabwe purchased from Zingman’s company, Aftrade

Zingman has previously been mentioned in media reports in connection with arms deals in Zambia and Zimbabwe. He, however, denies the claims.

A source close to the administration of DRC President Felix Tshisekedi confirmed Zingman’s arrest. He said after meeting Kabila, Zingman flew from Kinshasa to Lubumbashi, where he was questioned by police about his business in the DRC. The source said he could not explain what he was doing in the DRC.

Zingman is a dual US and Belarus citizen, and his arrest has led to intense diplomatic activity. The Congolese source said the governments of the United Arab Emirates and Zimbabwe were both applying pressure for his release. However, the Congolese official said, they were “holding on to him for now”.

Another DRC source claimed that Zingman had offered to sell weapons to Kabila, whose relations with his successor are said to be tense. The source said there was no evidence that Kabila invited the meeting or agreed to any arms deals.